As the country’s capital and largest city, Berlin has so much to offer: culture, history, food – not to mention the amazing stories to unlock at every corner. Whether you’re staying an entire week or for a short weekend away, there are plenty of hidden gems to discover that you won’t always find on tourist guides.

So, to help you on your journey to discover the many beautiful places to visit in Berlin, we’ve put together a helpful guide of must-see spots that tourists usually miss.

1) Stolpersteine (across the city)

The first on our list isn’t one single place – it’s thousands! Throughout Berlin are countless brass plates, known as ‘Stolpersteine’ (translating to ‘stumbling stones’).

Initially started by the artist Gunter Demnig in 1992, the project commemorates victims of the holocaust who were deported by Nazis to concentration camps. Demnig placed over 70,000 plates, each one painstakingly researched. The idea quickly spread to other cities around Germany and other countries affected by Nazism.

Demnig often said: “A person is only forgotten when his or her name is forgotten.” The idea for the project was inspired by the act of Nazis destroying Jewish cemeteries and repurposing the headstones for pavement. If you’re looking for great free places to visit in Berlin, these plates offer the perfect bonus to any city tour! 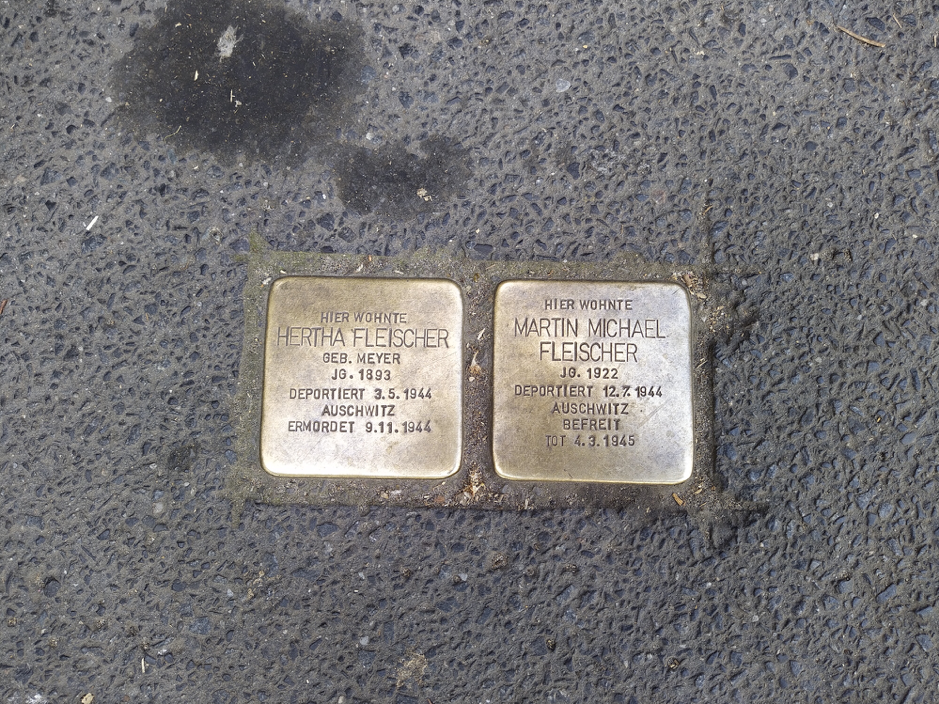 Berlin has no shortage of green spaces, boasting one of the highest number of parks of any city around the world! Invalidenpark, like so many others, is a haven for locals and known for being one of the most beautiful places to visit in Berlin.

Built in 1748 as an old military estate, it once served as a kitchen garden for disabled soldiers during the Prussian wars, before being converted into a park in 1843.

After being heavily damaged during WWII, the park was reimagined by French architect Christophe Girot in 1992. His design included the now iconic granite wall that appears almost to sink and emerge from a lake – a reminder of past conflict and a link to a different future. 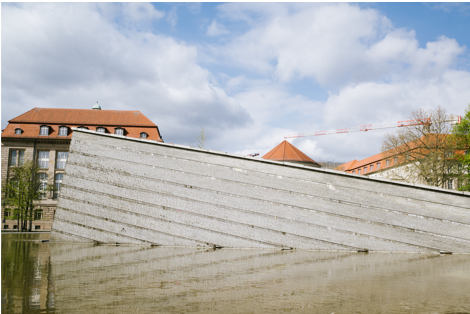 If you’re looking for an iconic location with a story to tell, look no further than the Fichtebunker. This strange-looking building represents around 130 years of Berlin history.

First erected as a gasometer in the mid-1800s, it later became used as in the “bunker building program for the Reich capital” during WWII. With its three-meter thick walls, the Fichtebunker housed an incredible 30,000 civilians at night – protection from the relentless bombing overhead.

After the war, it was briefly occupied by the Red Army and served as a camp for refugees and the elderly. With the building’s lack of windows, it quickly garnered the nickname Bunker of the Hopeless. 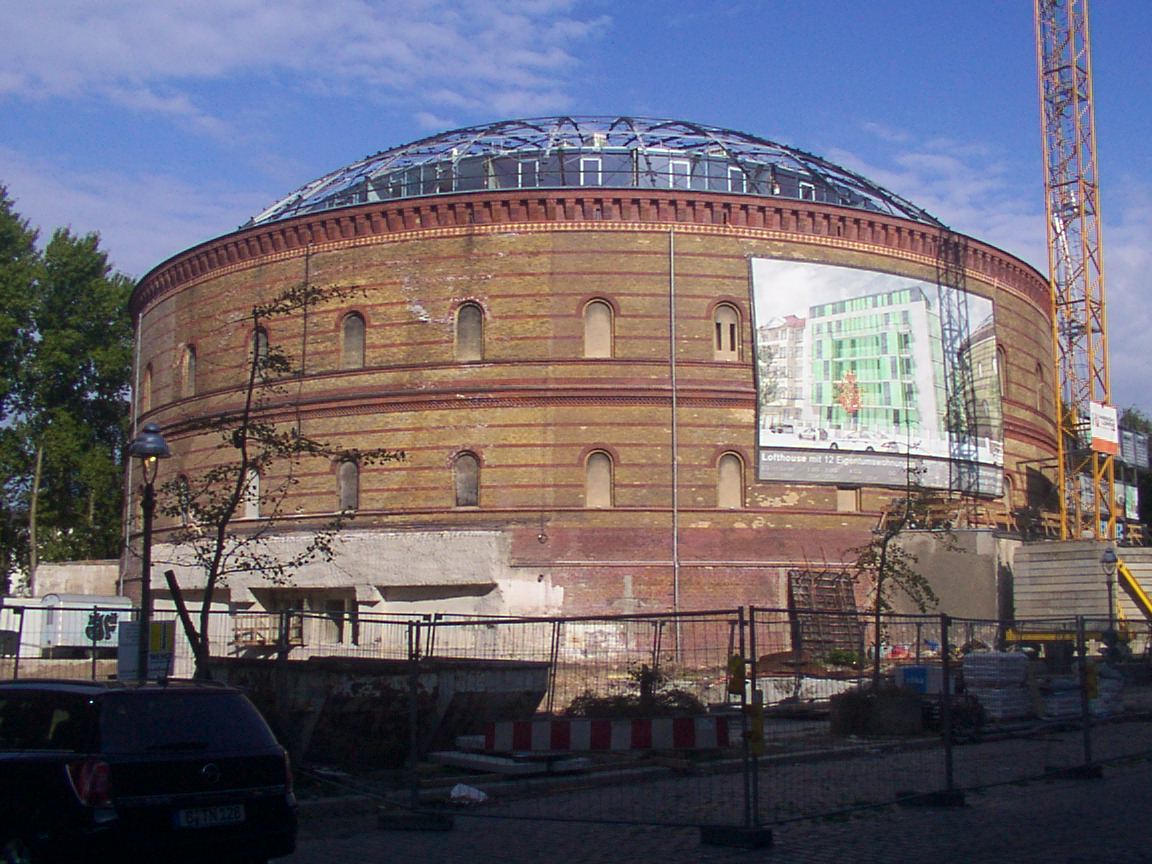 This church, originally built in the late 19th century, was lucky to survive WWII. During an excavation in 1999, a deactivated American bomb was found buried in the basement!

Following the division of Berlin after the war, the church found itself in exactly the wrong place. With the Berlin Wall built around it, it had become inaccessible to its parishioners in the French sector. The building was then used by the border guards as an observation post.

Despite being partially destroyed in 1985, the new chapel was later built as a symbol of remembrance and reconciliation, and now forms part of the Berlin Wall Memorial.

Perfect tourists on a budget, this iconic building is one of the best free places to visit in Berlin. 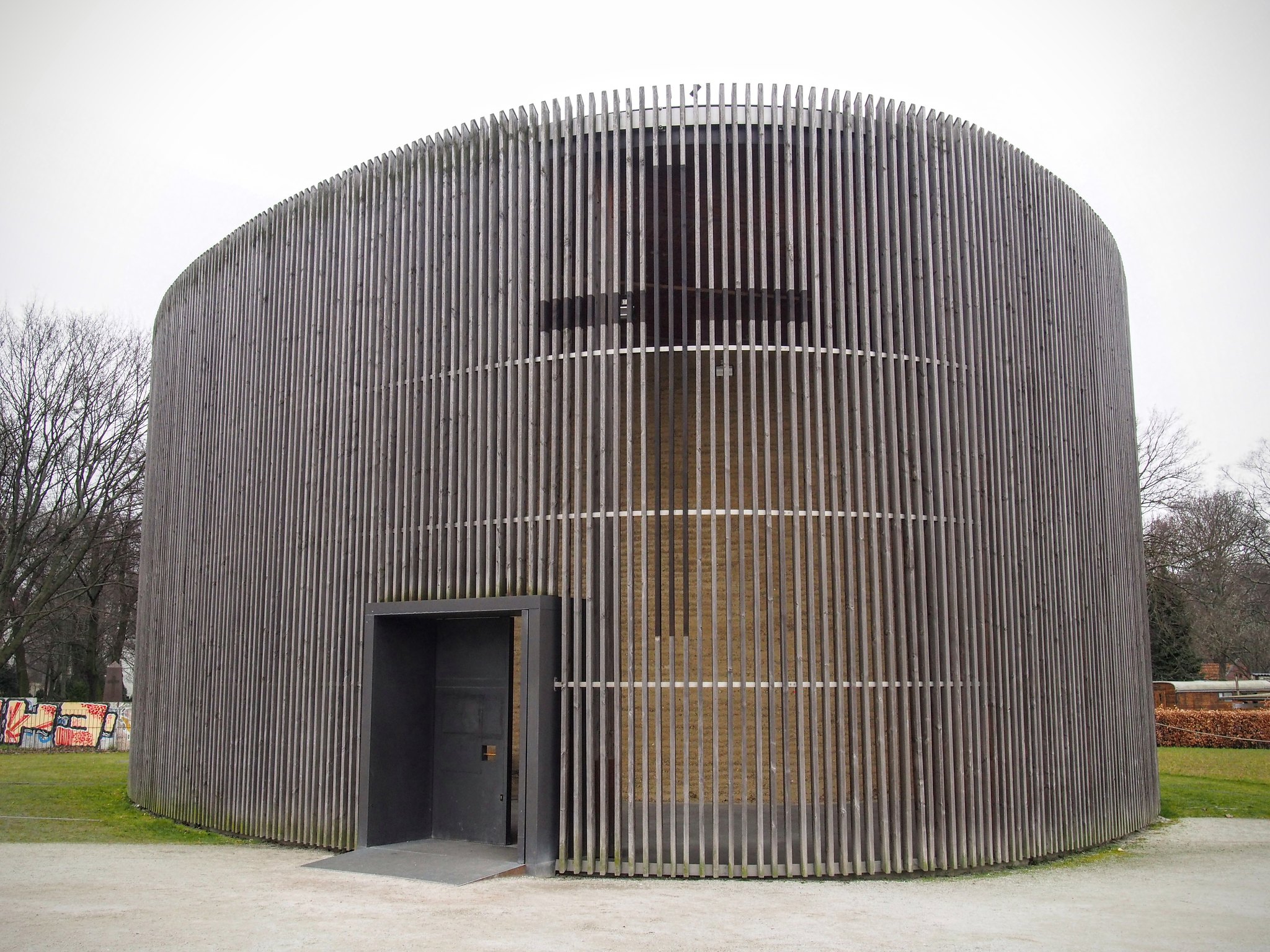 While a little outside the city centre, Spreepark is a must-see for anyone looking for the weird and wonderful. Once an old DGR amusement park, the site has been abandoned since 2001. Where once it offered countless rides, a recreation of a wild west village, and even life-size dinosaurs, now it’s nothing more than a ghost town.

Despite it being closed to the public, you can still book tours. And it’s worth the trouble if you want to experience one of the best quiet places to visit in Berlin! That’s if you don’t mind the spooky setting. 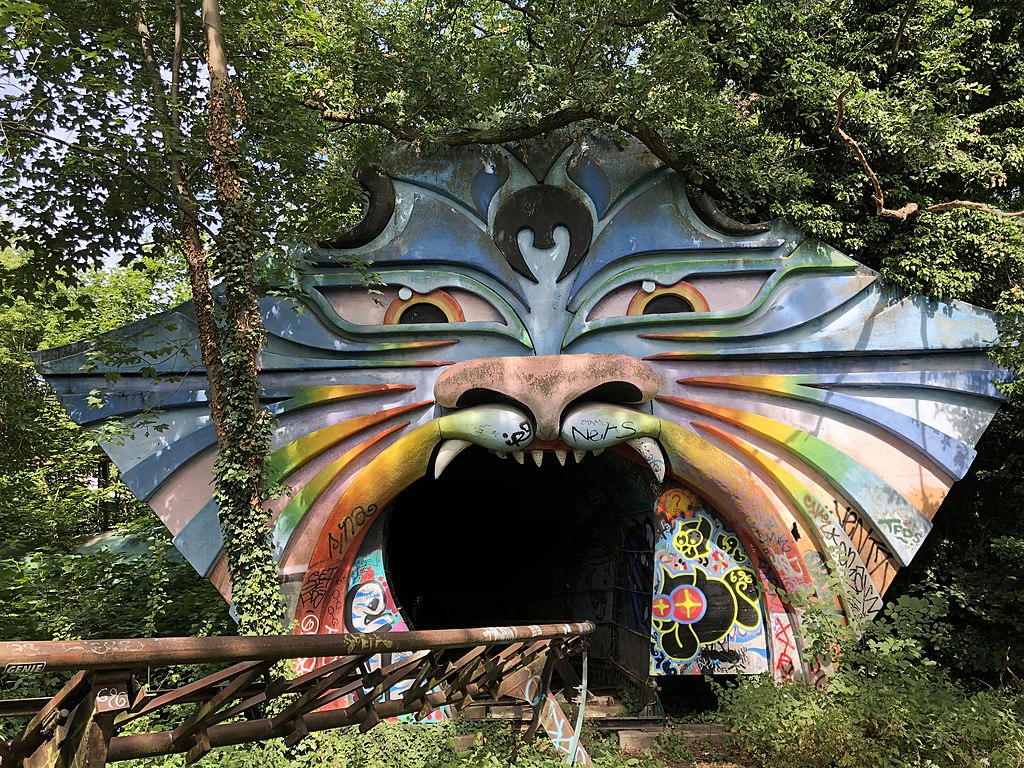 Did you know: unlike most cities, Berlin likes to put their cemeteries inside the city centre? Of the many ways in which Berlin is unique, this is one of the more unusual.

With their historic crypts and tombstones, these cemeteries are architectural masterpieces, making them some of the most beautiful places to visit in Berlin. In particular, the Friedrichwerderscher Friedhof is one of the oldest and you can even see remnants of the old cemetery walls. Several paths connect the graveyards, and invite locals and tourists to walk among the many crypts and statues.

Several historical figures are buried on the site, including the pioneer plastic surgeon Johann Friedrich Dieffenbach, and the composer Eduard Grell. Why not pay them a visit? 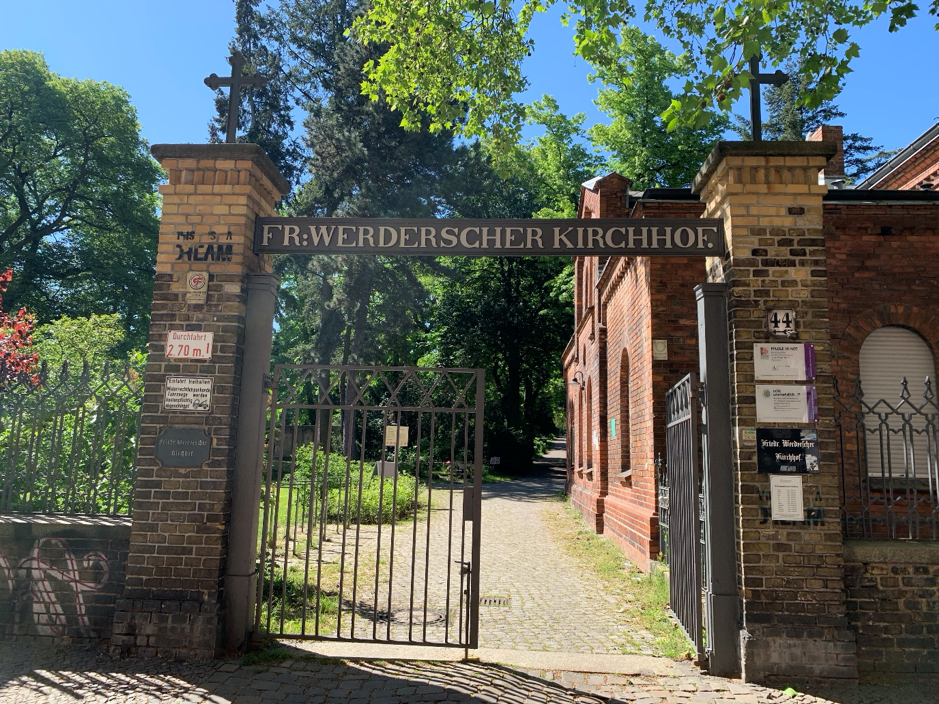 This park, located on the west side of what was the Berlin Wall, tells a different history to the one you might know. Despite the heavily-patrolled East side, residents on this side of the wall had more freedom. Under the watch of the guards, this park became a place to relax, enjoy the sun, and for children to play in the fountains.

The area has undergone many changes over the years – from a divided and culturally suppressed district to becoming one of the most multicultural areas of Northern Europe. Berliners consciously changed the narrative of the area, turning its dark heritage into a positive place for everyone.

The beauty and culture of the park makes it one of the free places to visit in Berlin you shouldn’t miss! 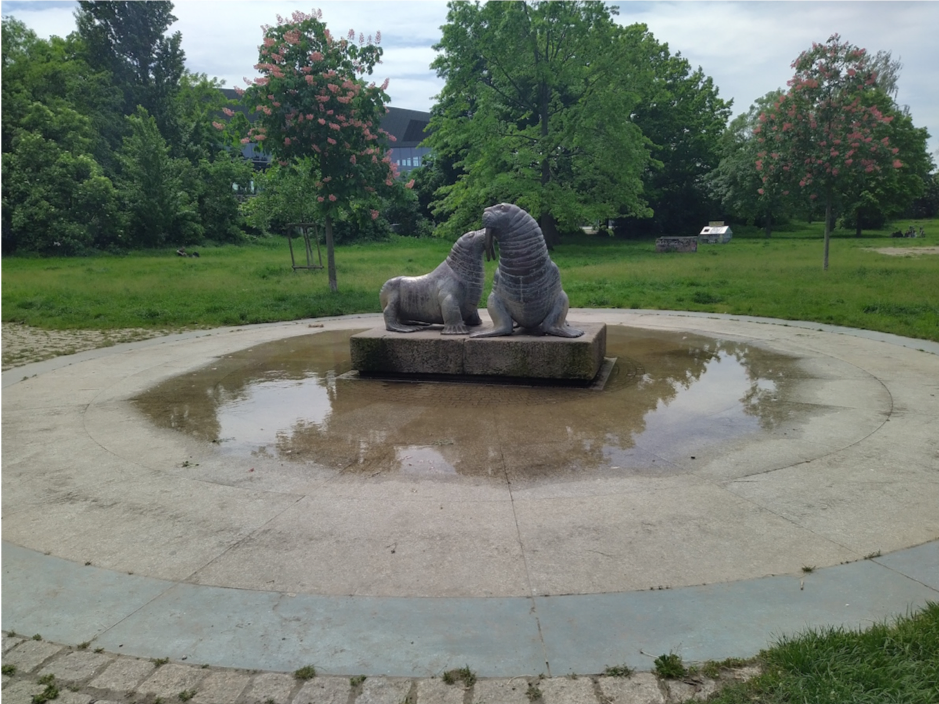 We weren’t lying when we said Berlin loved their parks. At over 12 hectares, Viktoriapark offers a getaway from the bustle of city life – perfect for anyone looking for quiet places to visit in Berlin. And considering it sits on one of the highest natural points in Berlin, you’ll struggle to beat the views from the top.

This park is full of wonders to discover, including its 24-metre-high waterfall. Since the area doesn’t have a natural water source, 13,000 litres of water have been pumped through the waterfall every minute since its opening in 1893! There was a time when Berlin boasted 14 stunning markets, but sadly only three have survived the test of time. One of the most iconic of these is Markthalle Neun – known for its local, affordable produce and for being one of the more beautiful places to visit in Berlin.

First opened in 1891, this market has become a firm favourite of local residents, with a selection of delicacies on offer.

Whether you’re a foodie or just looking to explore, there are plenty of ways to experience life as a local. 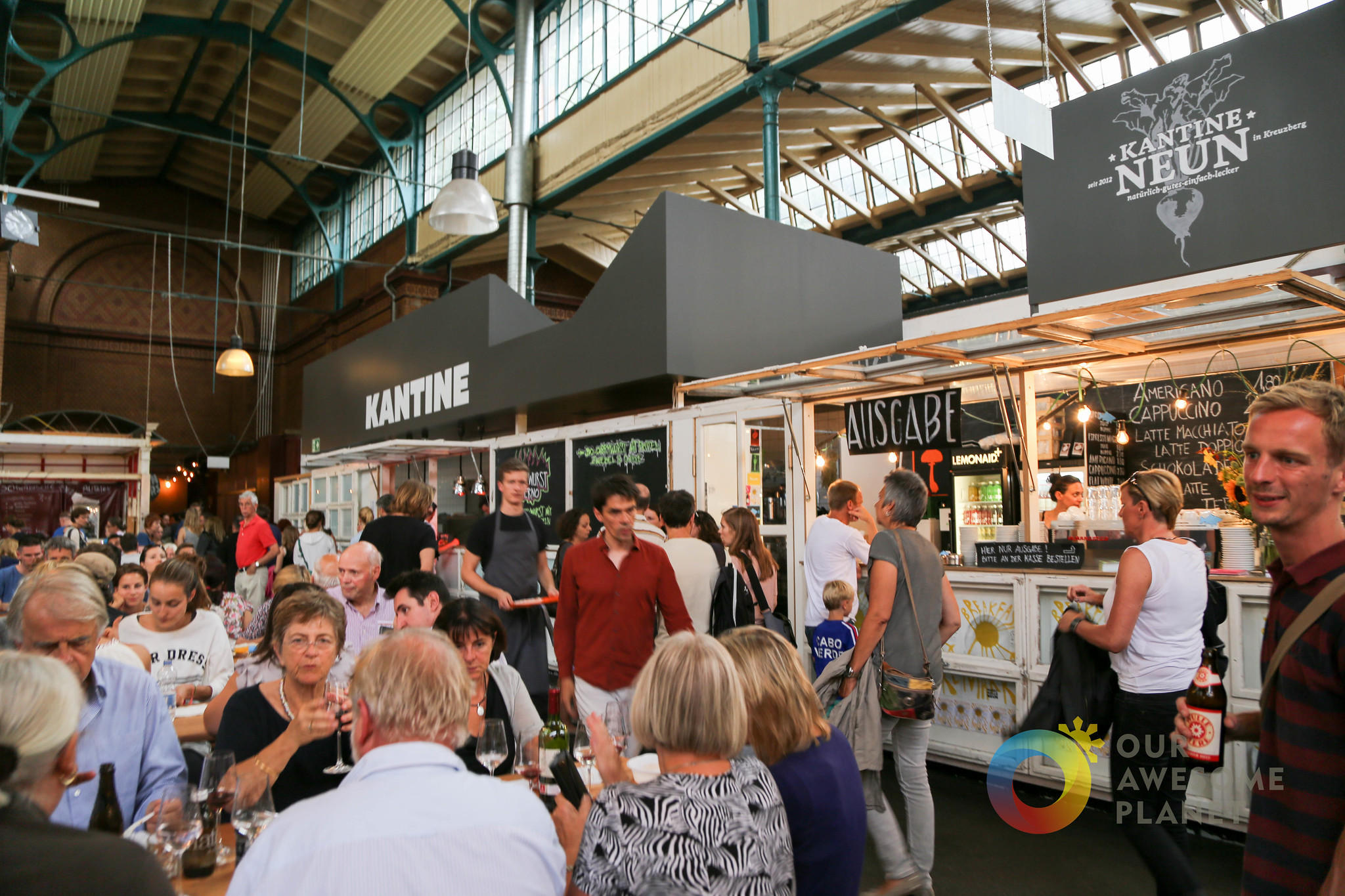 Not a fan of big crowds or noisy traffic? The Moabit Historical Prison Park, one of the best choices for quiet places in Berlin, is the perfect day-trip getaway.

Originally the site of a prison for over 100 years, the area has since become a serene green space, shielded from the city by the original five-metre-high brick prison walls.

During its years as a prison, a number of resistance fighters were kept here after failed attempts to kill Hitler. The writer and former prison Albrecht Haushofer had this to say: “Of all the suffering that fills this building, a breath is alive under the masonry and iron bars, a secret tremor.” 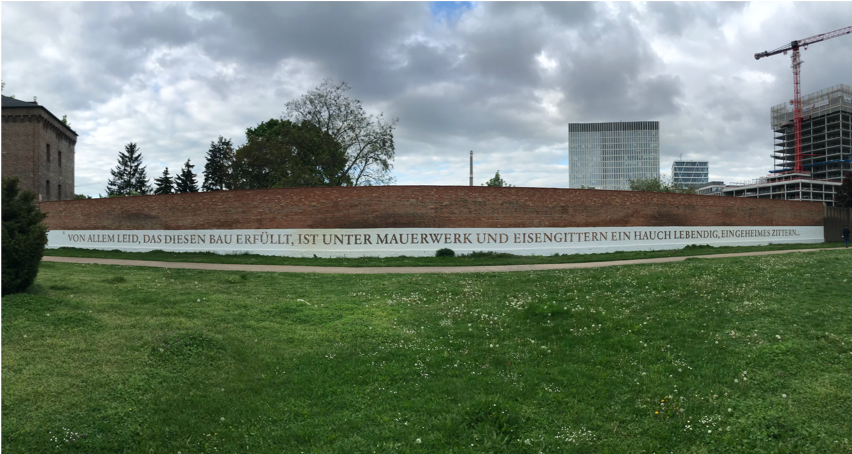 Find something you like? Visit these locations – and many more like them – on one of our Berlin walking tours. Wander the streets at your own pace, uncover hidden gems and discover many beautiful places to visit in Berlin!