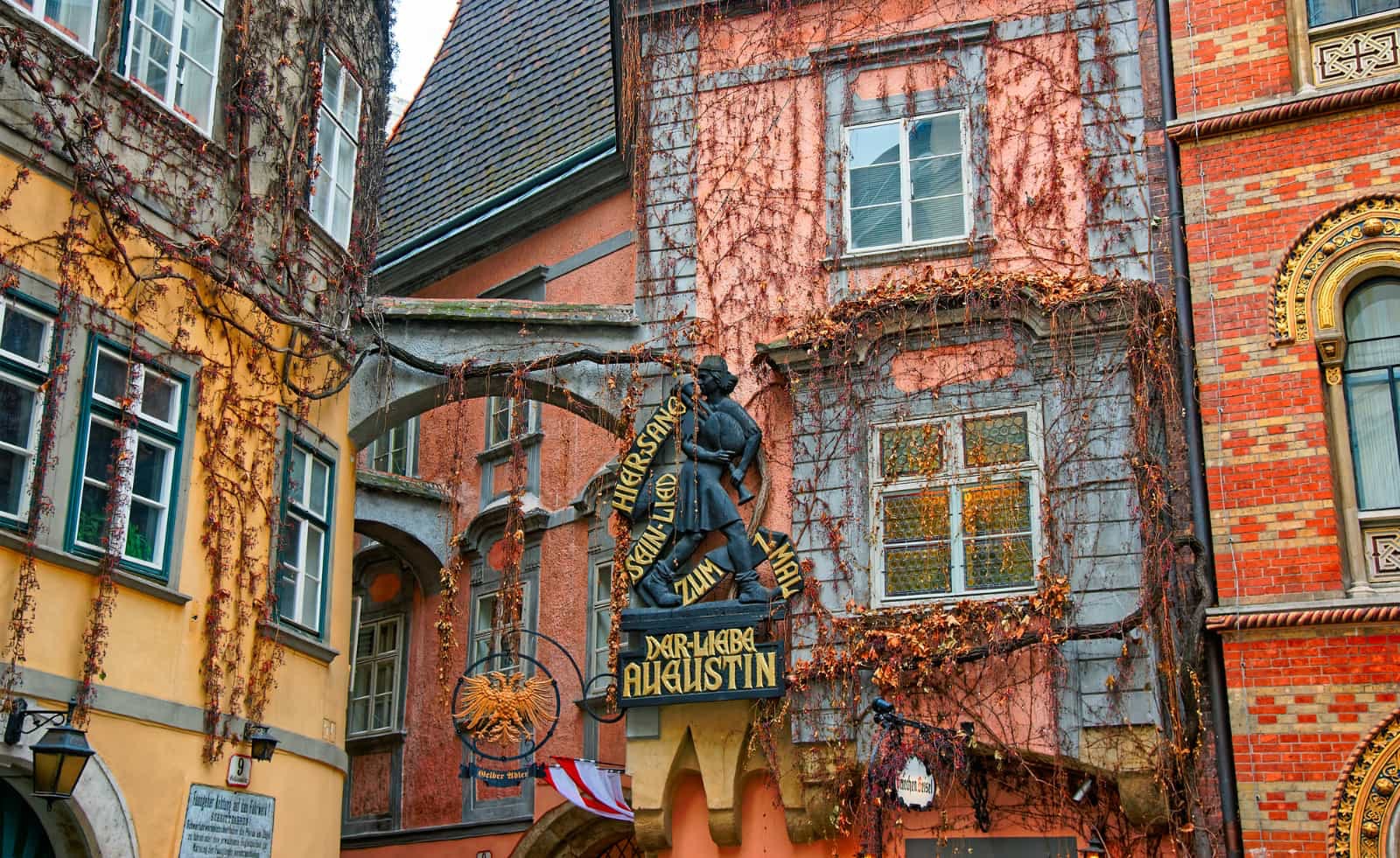 4.73 (649 reviews)
Embark on a quest and travel back in time to medieval Vienna. Solve puzzles and save the city from its largest tragedy, the Black Plague, all on your smartphone.

On this medieval Vienna walking tour, you will walk around the city center and visit top Vienna attractions like St. Stephen's Cathedral, Figlmüller, Basiliskenhaus and more.

It’s 1679, and the Great Plague has brought the imperial city to its knees.

Follow the footsteps of local legend Augustin through a city crippled by an epidemic claiming thousands of its residents.

As Marx Augustin arrives back at the gates of Vienna after a long tour around surrounding cities, the famous balladeer finds out that his hometown is struck by the plague. By following the life story of Vienna’s most famous balladeer, you will rise from the dead, and become the symbol of hope for a city in despair.

To get to the starting point of this quest, use the exit metro exit Rotenturmstraße. Once you exit, turn to the right and walk for 200 meters with the river on your right side until you find the stairs on your left, those near a big marble relief (a city-view on medieval Vienna).

Apr 2022
This was one of a kind tour which I will always remember. Did not require any map or assistance as the directions are so clear and understandable. Had loads of fun and learned more about this amazing city of Vienna!