8 Historical Sites in Philadelphia that You Should Visit

Philadelphia is one of the most historic cities in the United States, with numerous attractions that showcase America's history. It has several UNESCO World Heritage sites, including Independence Hall, which drives thousands of people every month. Today's article will list Philadelphia's eight best historical places to visit.

Eastern State Penitentiary was opened in 1829, making it one of the oldest prisons in the United States. It is a massive structure with ruins, driving thousands of people every day to learn about its history.

If you want to make the most out of your trip to this historical site in Philadelphia, take a guided tour. The guide will give you information about the prison and walk you through the cellblocks and yards.

Don't forget to take your camera with you because this structure is the most photogenic place in Philadelphia. Walk through the building, listen to the inmates' stories, and take photos while strolling the halls. 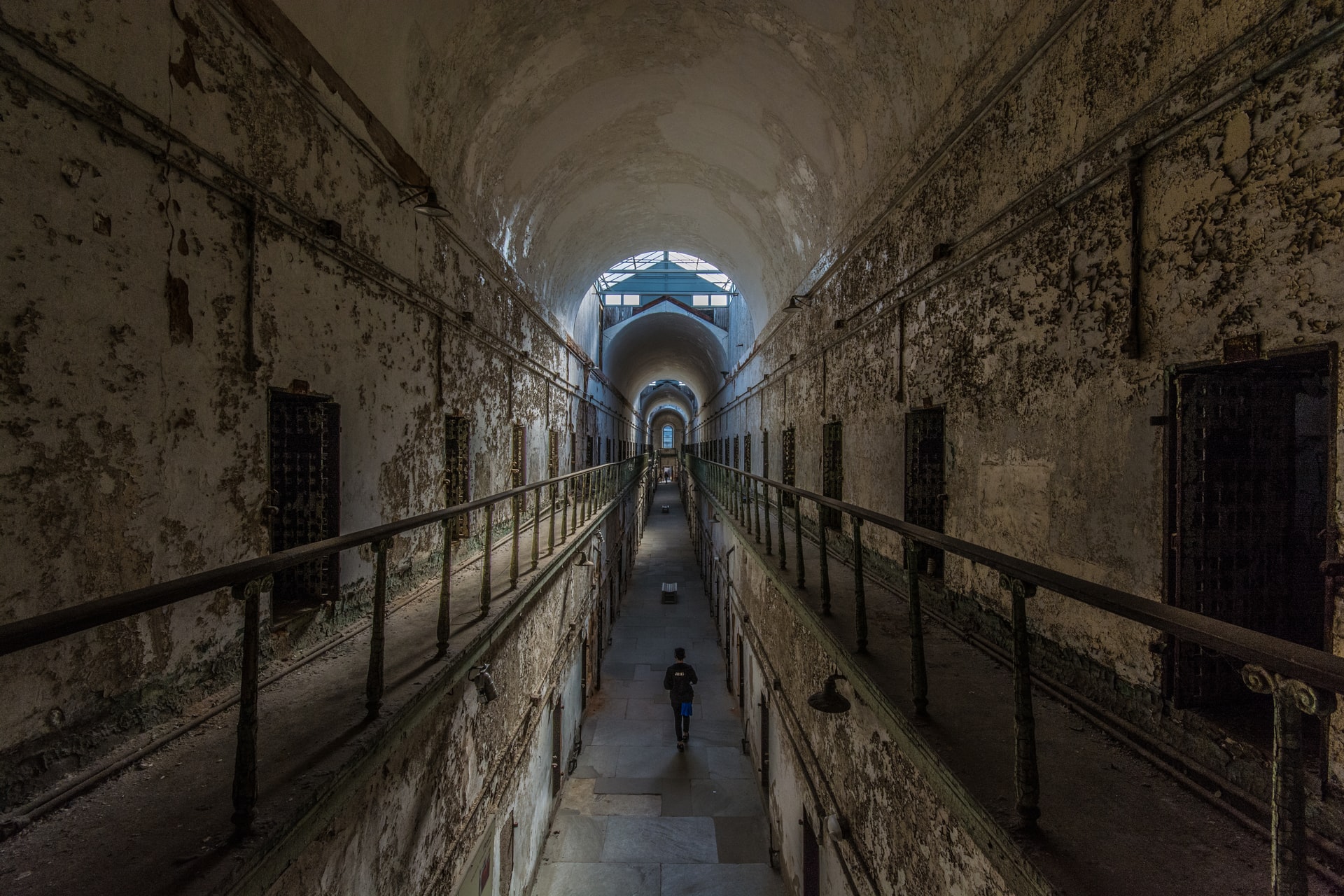 Independence Hall is the most iconic building in Philadelphia, where Benjamin Franklin, John Adams, and Thomas Jefferson announced the Declaration of Independence with their rebellious compatriots.

The construction of Independence Hall started in 1732 and was completed in 1756. The historical building had witnessed the appointment of George Washington, the commander-in-chief of the Continental Army.

The place also witnessed the American Flag design and the draft of the United States Constitution. The site is open throughout the year, allowing visitors to take guided tours. We recommend going to the Visitor's Center for information and tickets. 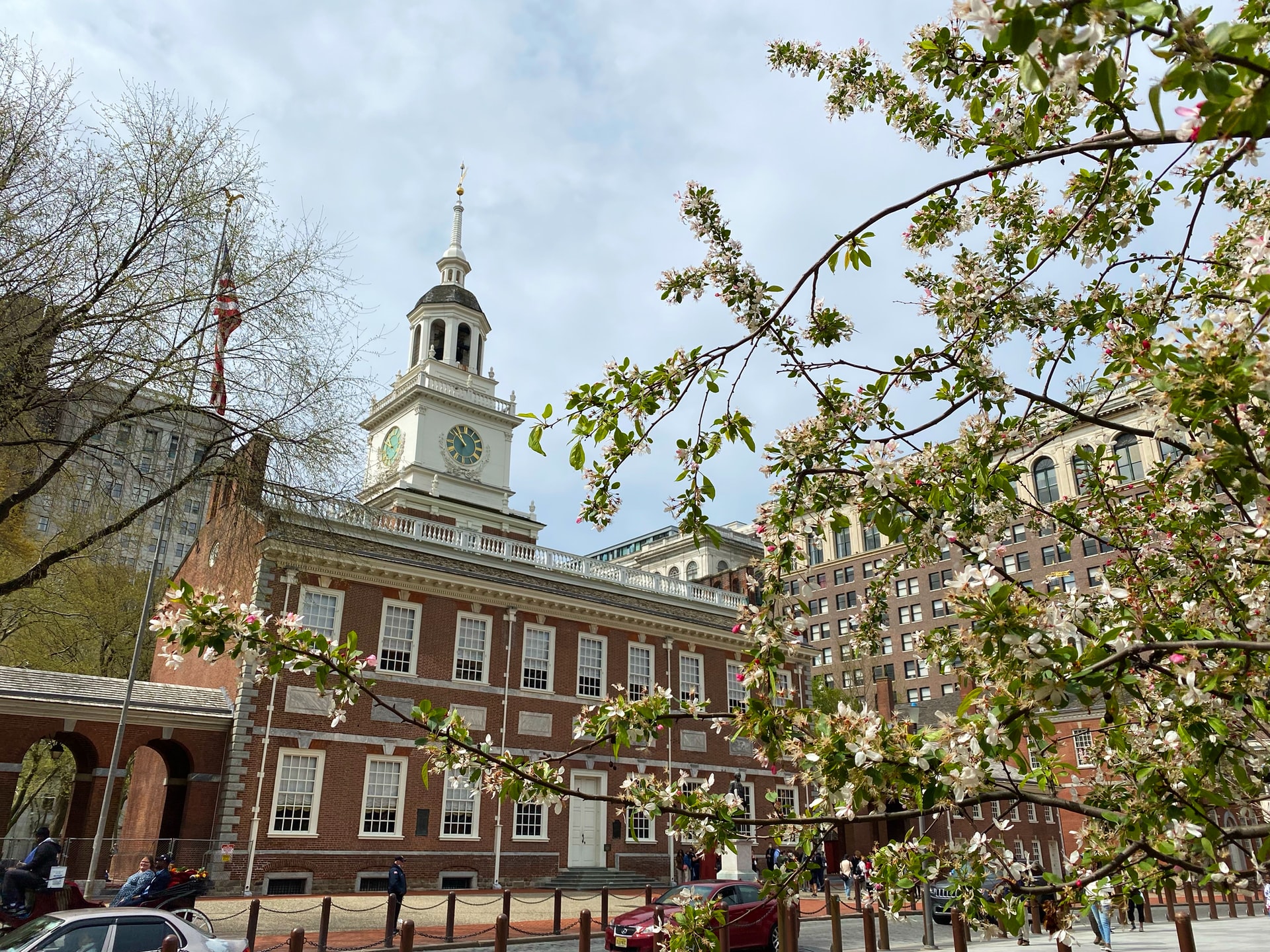 Thanks to its historical significance, the Liberty Bell is a must-see attraction in Philadelphia. It symbolizes American freedom and allows visitors to learn its history. Once you visit the Liberty Bell, you will have an opportunity to imagine yourself in history.

The place offers guided tours to explore historical documents, films, and visual displays. The purpose is to learn how this bell became the epitome of freedom for Americans.

You can explore the plaques and read the information about the bell's history. Don't forget to view photos of Liberty Bell to know the stories and past of this structure. 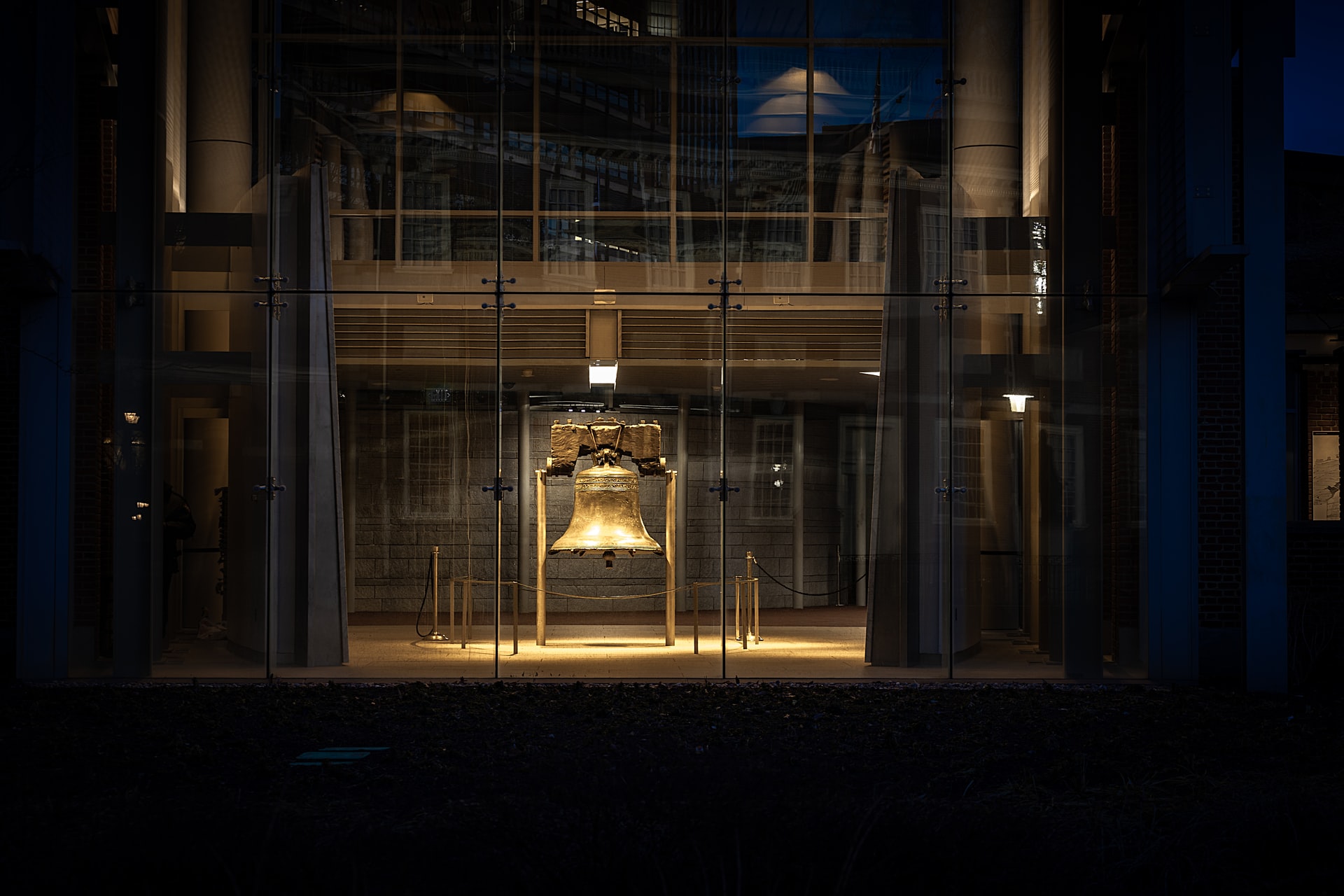 Elfreth's Alley is a residential street in Philadelphia. It was constructed in 1702, making it one of the oldest streets in the United States. The cobblestone street has two houses open to visitors and tourists. These are the Chairmakers House and the Museum House.

When you visit these houses, you will explore the interiors and learn about the history and architecture of these structures. The place hosts various festivals, and demonstrations, allowing people to relish the historic reenactments during the summer season.

In winter, it features guided tours of private residences. Visiting the Elfreth's Alley is one of the most memorable and exciting experiences for tourists because it showcases the 300-year-old history of Philadelphia. 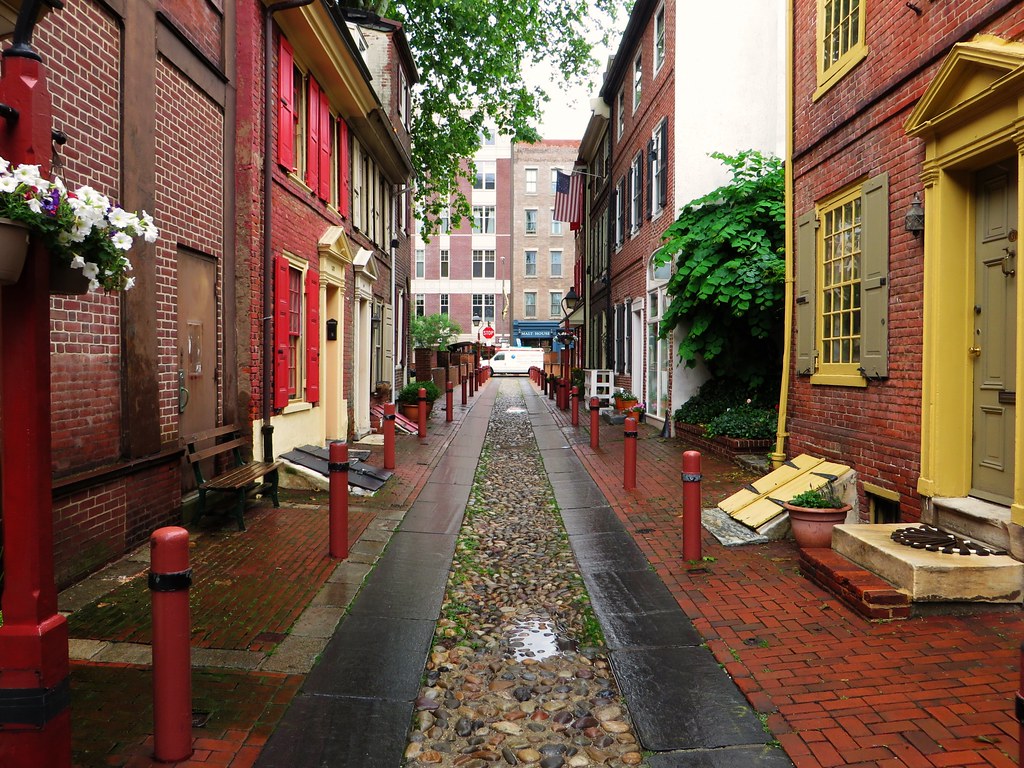 Betsy Ross House is another historical site in Philadelphia built in the 1700s. Widow Lithgow owned this Georgian-style house. She used to rent rooms to people, including Betsy Ross and her husband, between 1773 and 1786.

The couple ran an upholstery business. In 1776, Betsy Ross sewed the first American flat 1776. The U.S government restored the house in 1930, and today, it is one of the most visited historic sites in Philadelphia.

You can also visit the adjacent courtyard to pay tribute to the Betsy Ross. The house has a gift shop that offers flag souvenirs, memorabilia of Betsy Ross, books, and toys. Although it is a short visit, it is worth your time to see the historic building because it is a symbol of Americans who played a significant role in U.S history and integrity. 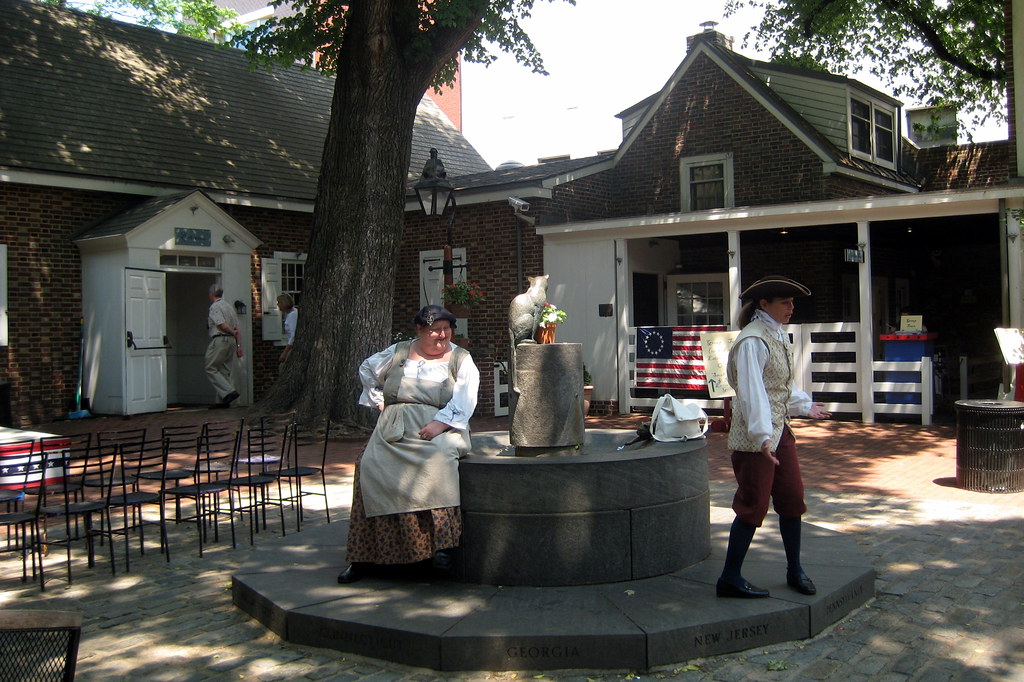 Christ Church Burial Ground is a historic cemetery in Philadelphia. Here, you will find the grave of Benjamin Franklin, one of the most iconic personalities in U.S history and the signer of the Declaration of Independence.

Walking through this cemetery allows visitors to spot markers of leaders in the field of academics, politics, medicine, and science. If you want to honor Benjamin Franklin, make sure you toss a penny through the locked gates, continuing the tradition.

You can take a guided tour to learn more about the cemetery and its historical significance. We recommend walking through the cemetery to view the old headstones and explore the small pathways. 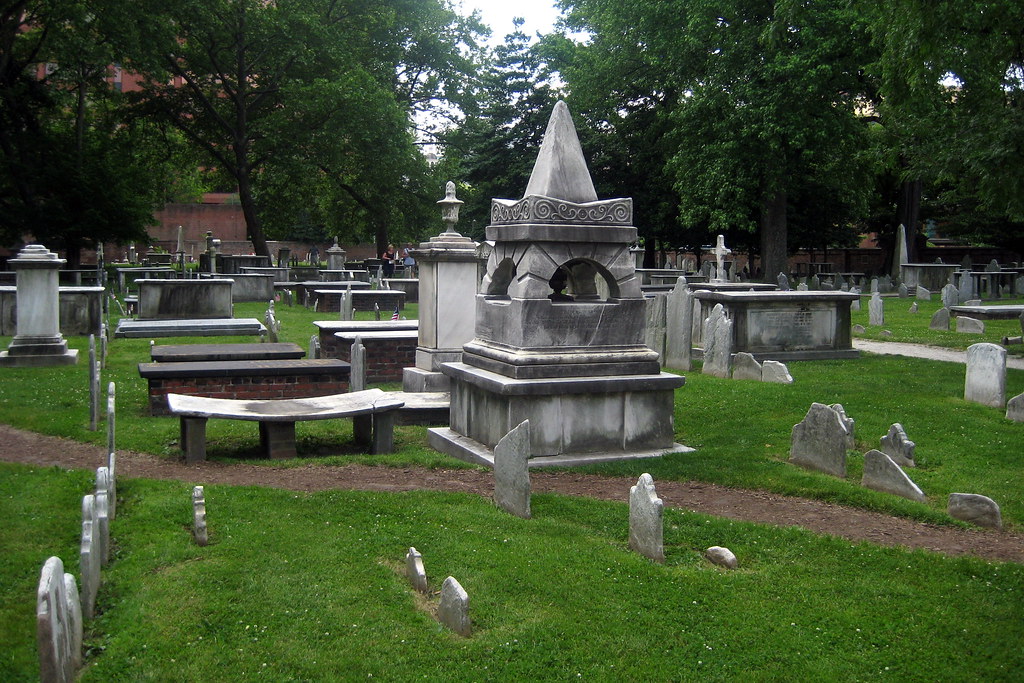 The B. Free Franklin Post office is another historical site in Philadelphia, boasting the free colonial-themed office. The U.S Postal Service still operates the office for its operations. Because there was no flat in 1775, this building does not fly the U.S flag. The post office honors the legacy and integrity of Benjamin Franklin because he was America's first postmaster.

You can explore the history of this post office and learn about Benjamin Franklin's contributions to America by visiting the onsite museum. The museum allows visitors to see postal memorabilia, historical articles, and traditional objects. 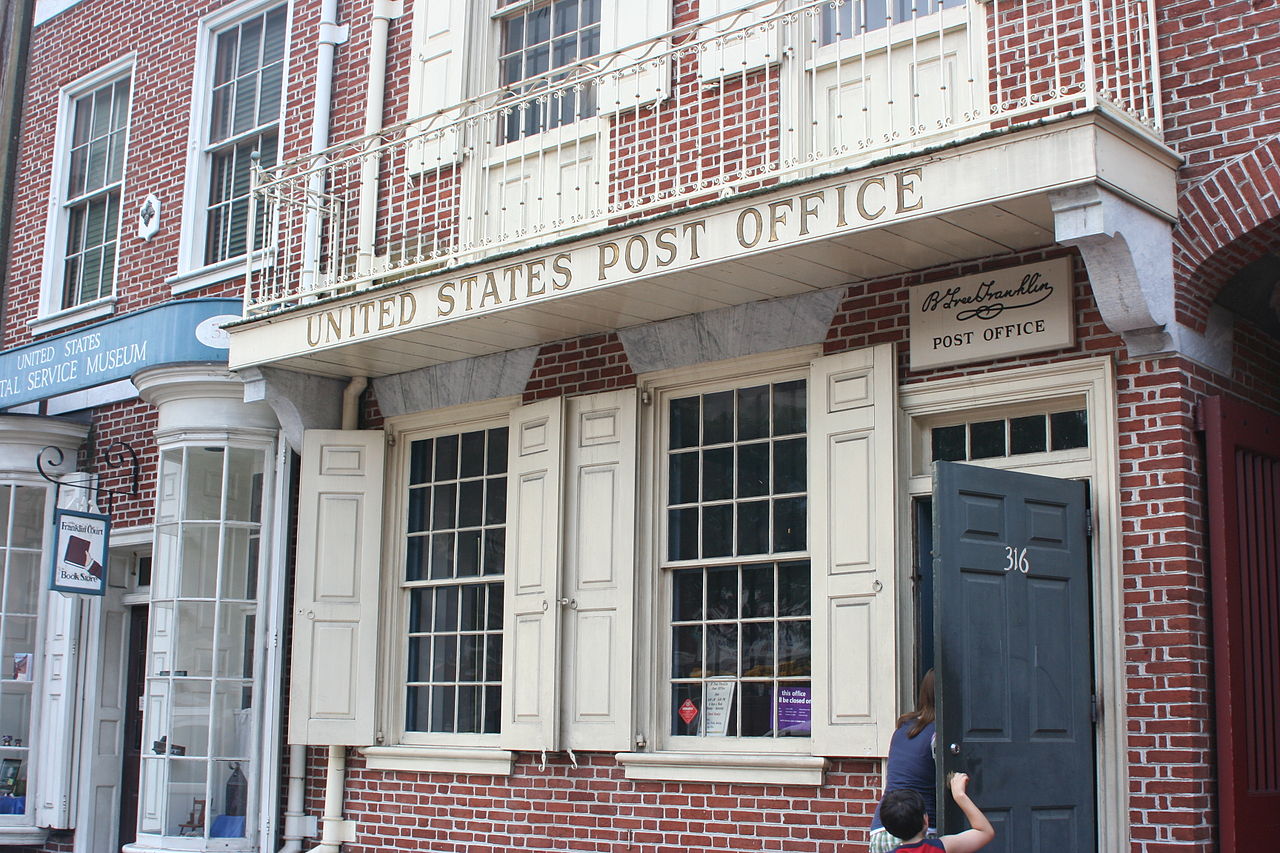 The National Constitution Center is one of the best places to visit in Philadelphia to learn about the country's history and explore the documents via a powerful multimedia theatre presentation.

Once you have completed viewing the presentation, you can roam the building and learn about the constitution. Remember, this is a family-oriented museum, meaning you can go there with your family or kids. You can read plaques and boards and explore the historical exhibits in the National Constitution Center. 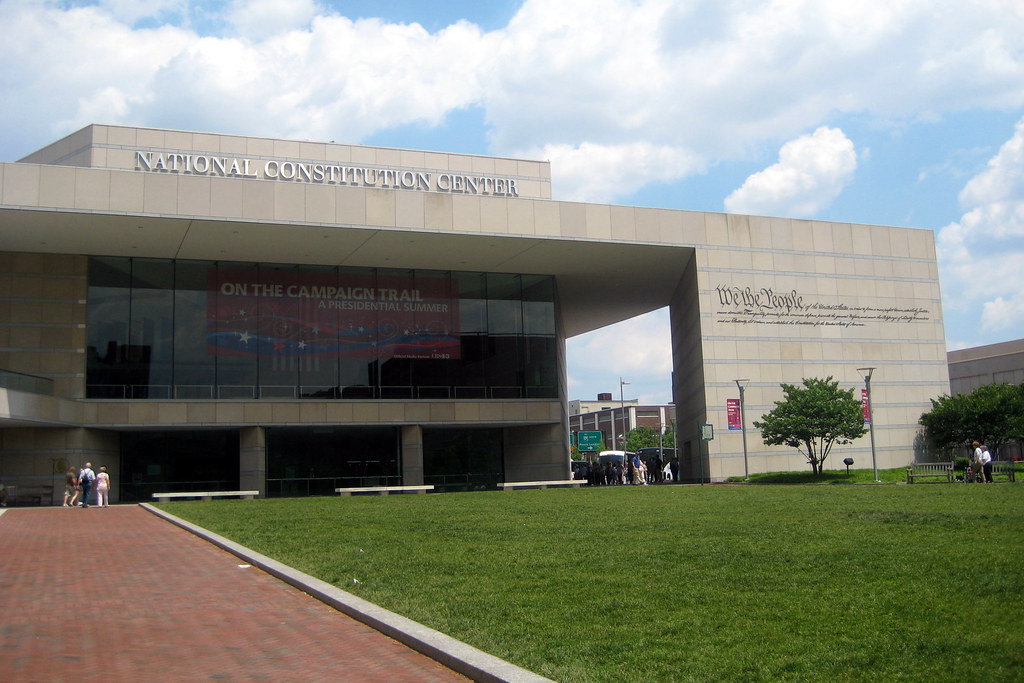 Philadelphia has a lot of historical significance and has dozens of historic sites and buildings to explore and create memorable experiences. We recommend using Questo, an advanced app with cutting-edge gamification features to solve clues and find the best places and things to do anywhere in the world, including Philadelphia.