About the Dolby Theatre Los Angeles 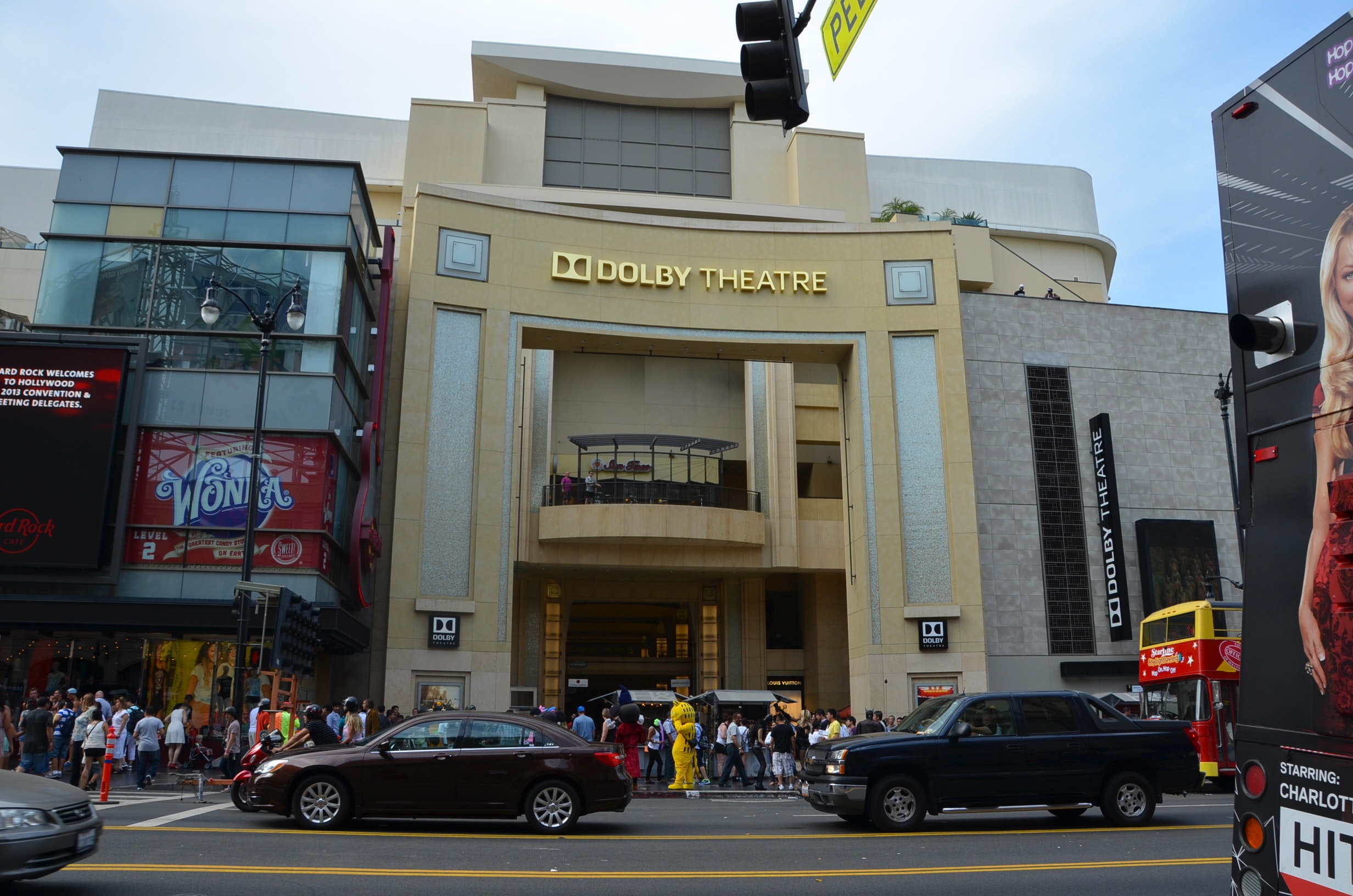 The Dolby Theatre Los Angeles (formerly the Kodak Theatre) was designed by David Rockwell of the Rockwell Group, with Theatre Projects Consultants, specifically for Oscar-themed ceremonies and events. This grand theatre opened its doors for the first time on November 9th, 2001 and has since remained a shining jewel of Los Angeles to locals and tourists alike.

With a five-story lobby and a spiraling stairway, three balconies and twenty opera boxes, a 1:1 reenactment of Noah’s Ark sounds totally possible in this venue! Not to mention, the stage is one of the biggest in the US: 120 feet wide and 75 feet deep. The proscenium is 64 feet wide and 35 feet high! Talk about luxury…

How to get to the Dolby Theatre?

Public transportation is undoubtedly the best way to visit this venue, as parking can be tricky due to congestion (not including the opulent price tag per hour), so in many cases, it can actually get you there faster and at a fraction of the cost. This tried and tested information comes directly from customers who’ve already visited once or more. So, getting there faster for less? That’s a win-win, right?

What to see at the Dolby Theatre?

You can book a Dolby Theatre guided tour of the interior to see and learn more about it, or you could attend a live performance (book in advance). Alternatively, take a stroll down the Dolby Theatre's walk of fame just outside or strike a pose on the theatre’s famous shimmering steps! Just walking around the theatre is a day out in itself!

When it comes to technology, the quality of the Dolby Theatre sound system and screens are unmatched. For example, the theatre hosts a whopping 215 loudspeakers – and as for the screens, they feature Dolby Vision® projection technology, meaning the screens there are twice as bright as your average theatre, plus they have a million to one contrast ratio. To put it simply, that’s really good!

As for the historic events which took place here, there are, to name but a few: the American Idol finals, AFI Lifetime Achievement Awards to Tom Hanks, Meryl Streep, and George Lucas, Daytime Emmy Awards, ESPY Awards and BET Awards. While these aren’t quite the Oscars, it seems like they’ve certainly hosted everything else!

Can you take pictures at the Dolby Theatre?

Of course! When in Hollywood, right? Management tends to prohibit flash photography during performances and big events, of course, but otherwise, most Dolby Theatre photo antics are fair game both inside and outside of the theatre. In fact, walking up the Dolby Theatre’s very own red carpet is a particularly great photo opportunity!

If you feel uncomfortable about this or unsure, ask a member of staff to make sure the room you’re in doesn’t have its own special conditions. Not all rooms are accessible throughout the day, too, so ask staff ahead of time if you’re going to be walking around unguided.

Where to park at the Dolby Theatre?

We wouldn’t recommend that you attempt to park anywhere near the Dolby Theatre as the prices per hour are very high – plus finding an empty space at any time of the day can be like finding a needle in a haystack.

The best way would be to visit via public transport, but if you’re determined to go by car, parking for Dolby Theatre options range from onsite parking to these nearby alternatives: http://hollywoodandhighland.com/directions-parking/

Fun things to do near the Dolby Theatre

Besides the activities already mentioned, try one of our self-guided walking tours if you’re looking to see some sights and discover Los Angeles in a whole new light!

Stop, pause and continue at your own pace. Solve bespoke challenges and step into a gripping fictional narrative brought to you by our top-notch writers. In doing so, you’ll see gorgeous sights and learn lesser-known facts about each location featured in the game, just by walking!

All this is made possible by our award-winning app.

Walking around outside Dolby Theatre Los Angeles and staring at your phone has never been more exciting!

Games with About the Dolby Theatre Los Angeles