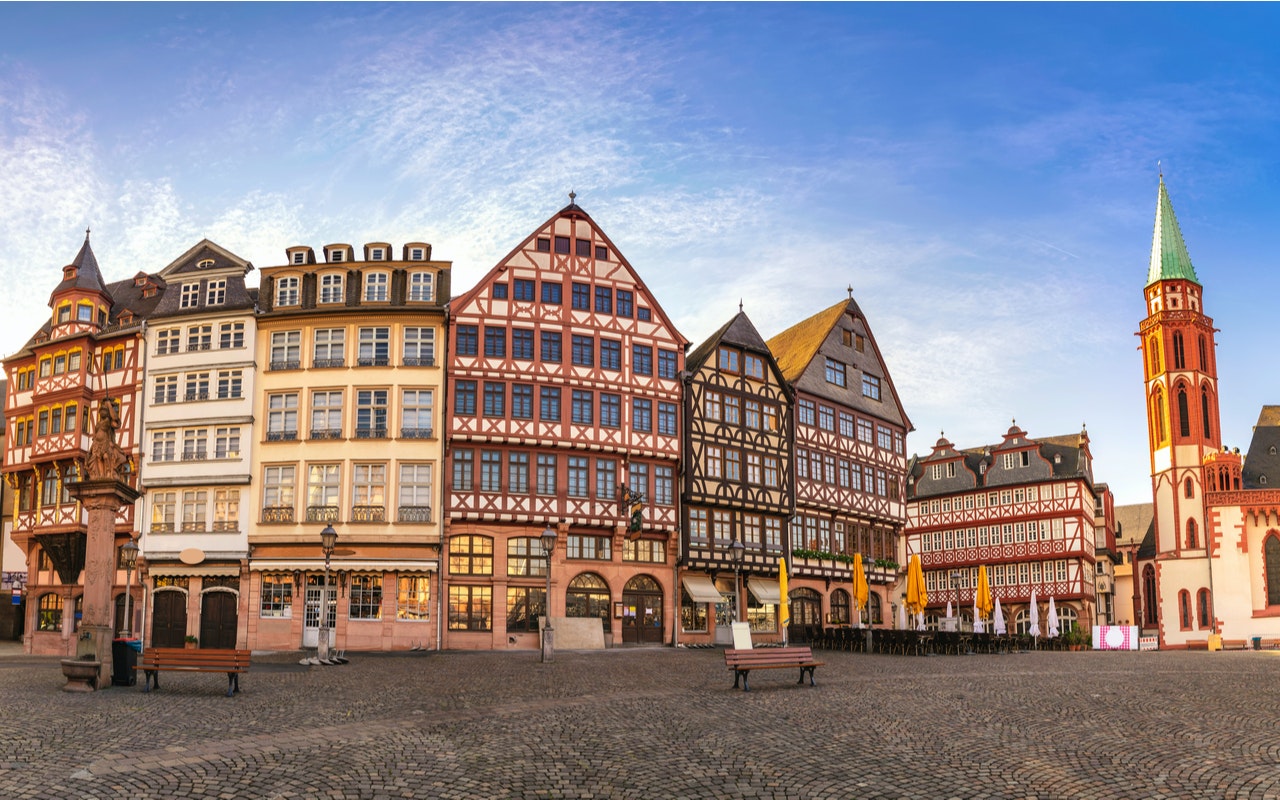 4.74 (282 reviews)
Play a city game that takes you on a walking tour through the heart of Frankfurt’s historic city center, where you follow clues and answer riddles to discover amazing places and local history.
You will learn about the storied history of Frankfurt’s old town, from the visually stunning Römerberg market, to the banks of the Main river, discovering lesser known sites along the way.
Are you ready to learn more about Frankfurt am Main?
€6.99
per person
Participants
Total
€13.98
Availability
24/7
Cancellation
Cancel anytime
Languages
German, English
Created by
Joe Appleton

The year is 1548.
The Holy Roman Empire dispatches Kaspar Spiess, the chief-inquisitor of the Emperor, to the Free City of Frankfurt to track down and locate stolen relics from the Cathedral of Saint Bartholomew.
There’s growing discontent within the city. After years of war with the Protestant Schmalkaldic League, the Imperial Free City is now once again under direct Imperial control, with Catholicism returned to power.
The theft of priceless relics from a Catholic church is a blatant affront to the Emperor, and only agents of the Schmalkaldic League would dare to be so bold. An attack on the church is an attack on the empire, and the relics must be returned swiftly.
After hours of grueling travel, there’s no time to lose. Track down the thieves and locate the missing relics. The Holy Roman Empire demands it!