When you think of San Francisco, you might picture the Golden Gate Bridge, sloping streets and the infamous island of Alcatraz. But the city is more than just an iconic city skyline. Steeped in culture and art, there is something exciting for everyone, with countless hidden stories waiting to be discovered.

If you’re on the look-out for beautiful places to visit in San Francisco, we’ve got you covered with this list of 10 must-see locations not all tourists know about.

San Francisco certainly loves their green spaces, boasting some of the highest number of parks and gardens in the US!

The Barbro Osher Sculpture Garden is a perfect example of the city’s dedication to art and creativity. Designed by American sculptor Claes Oldenburg, the garden is known for its enlarged replicas of everyday objects, including a giant safety pin.

And with no admission cost, the garden is easily one of the best free places to visit in San Francisco. So, take your time and discover what makes this place a local favourite. 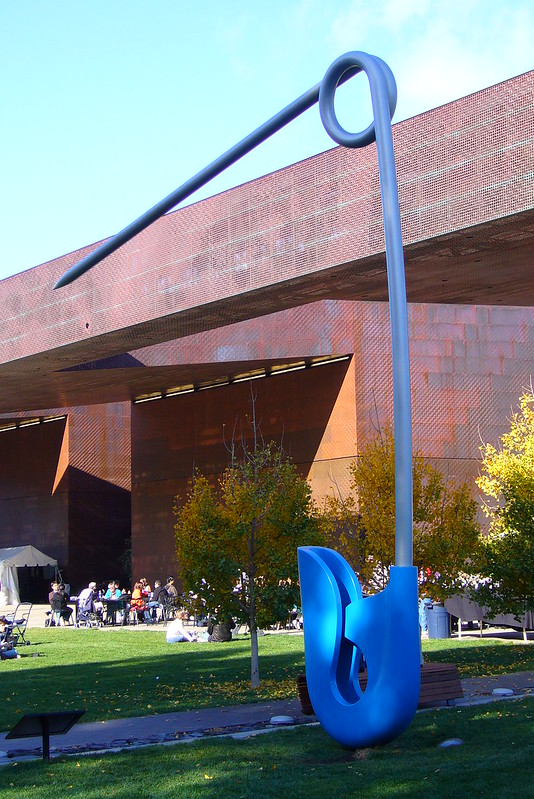 The centrepiece of the city’s Aquatic Park, this four-story museum might at first glance be mistaken for something else. Built in the late 1930s, the Maritime Museum was designed to mimic the look of a cruise ship, complete with rounded ends, porthole windows and ship rails.

In its storied past, this architectural marvel has been many things, including a bathhouse for beach-goers and even a glamorous casino. These days, it’s a place to discover the city’s incredible maritime history, boasting an elaborate mural of lost Atlantis by artist Hilaire Hiler. 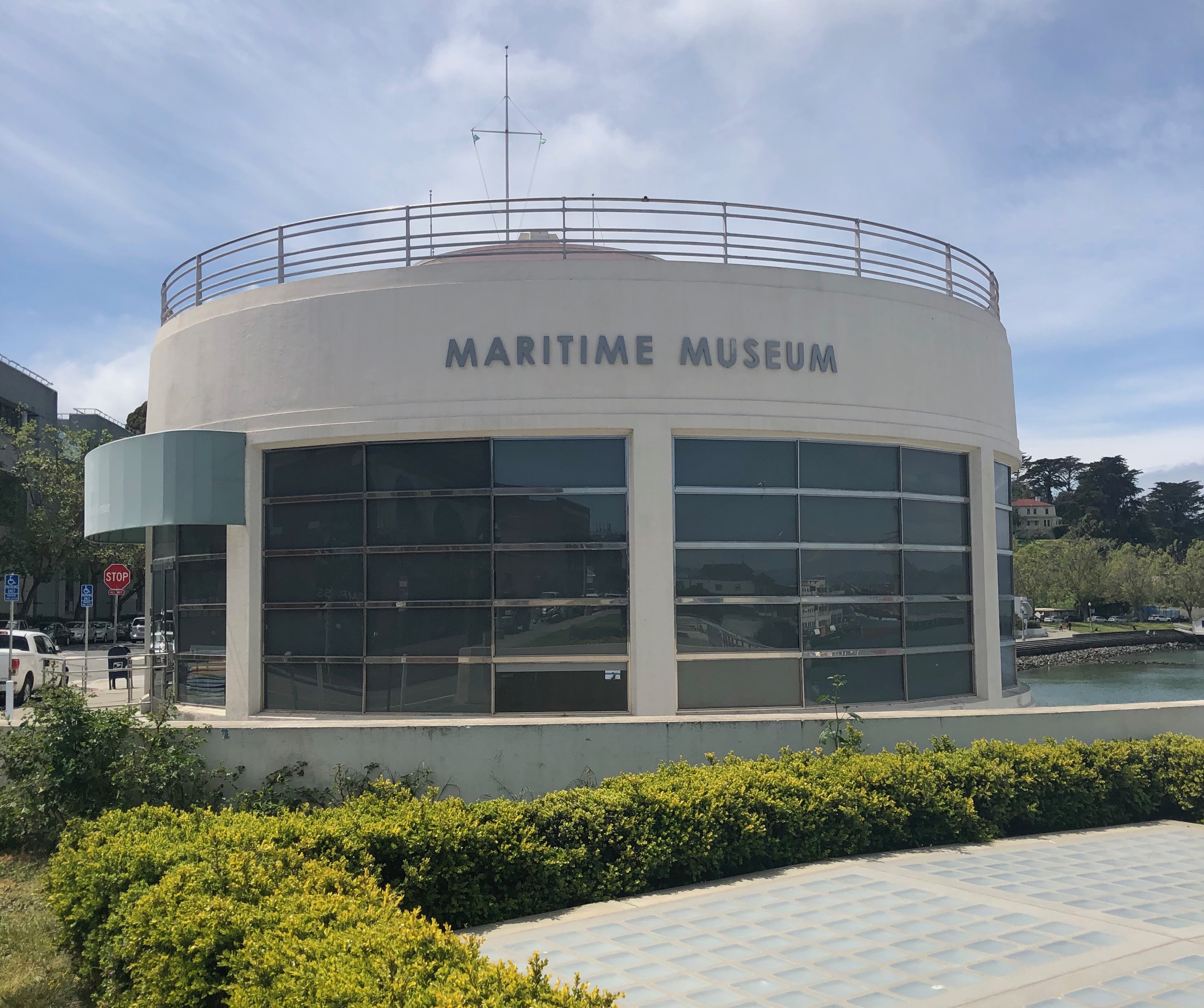 This vast brick building was once the commercial heart of Fisherman’s Wharf. Built right after the 1906 earthquake, it was the perfect location for the California fishing industry. But despite a nearby harbour full of fishing boats, it wasn’t fish that went in these cans: it was fruit!

For a time, the Cannery was the largest fruit canning operation in the world, able to hand-solder 200,000 cans each day. Trains and ships transported produce from California’s fertile orchards around the world.

Having since been renovated, the Cannery is now home to a museum, hotel, and the city’s own Institute of Art. Combined with its classic brick façade, the building is easily one of the more beautiful places to visit in San Francisco. 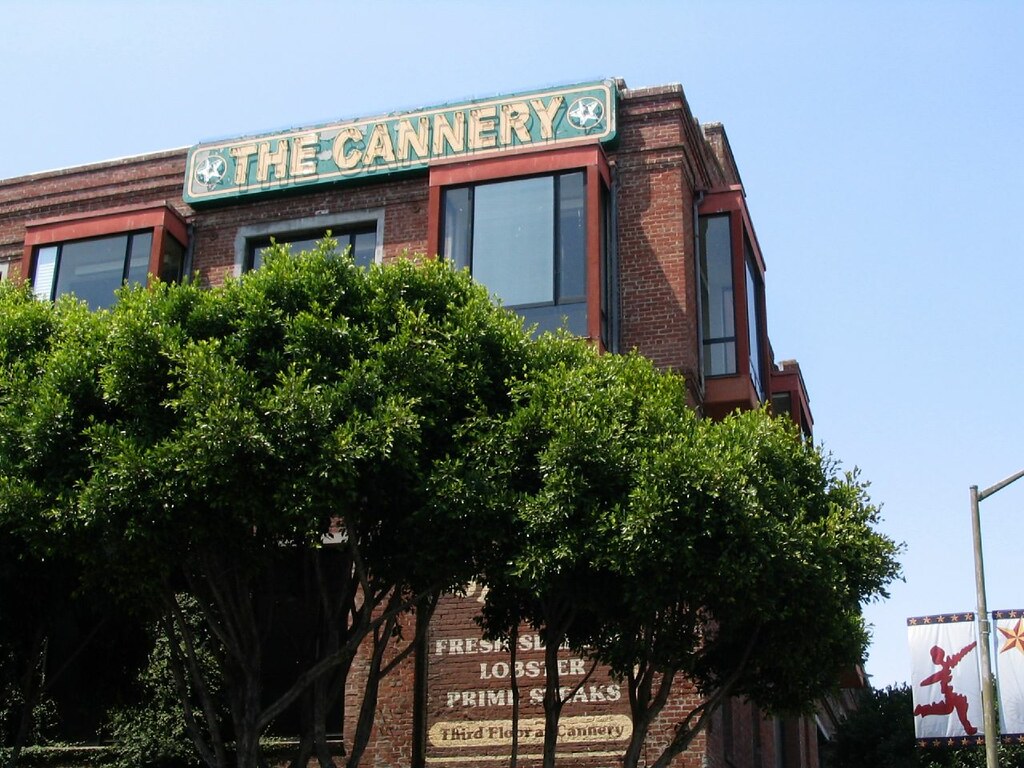 Arguably one of the city’s greatest communal projects, the National AIDS Memorial Grove pays tribute to those affected by the AIDS disease. With a strong emphasis on healing and giving hope to all who visit, this spot is one of the best quiet places to visit in San Francisco with a bittersweet story to tell.

Since its inception during the AIDS epidemic, this public space has been used to raise awareness and stop the stigma surrounding the disease. The memorial features over 15,000 names of those affected, with more added each year. 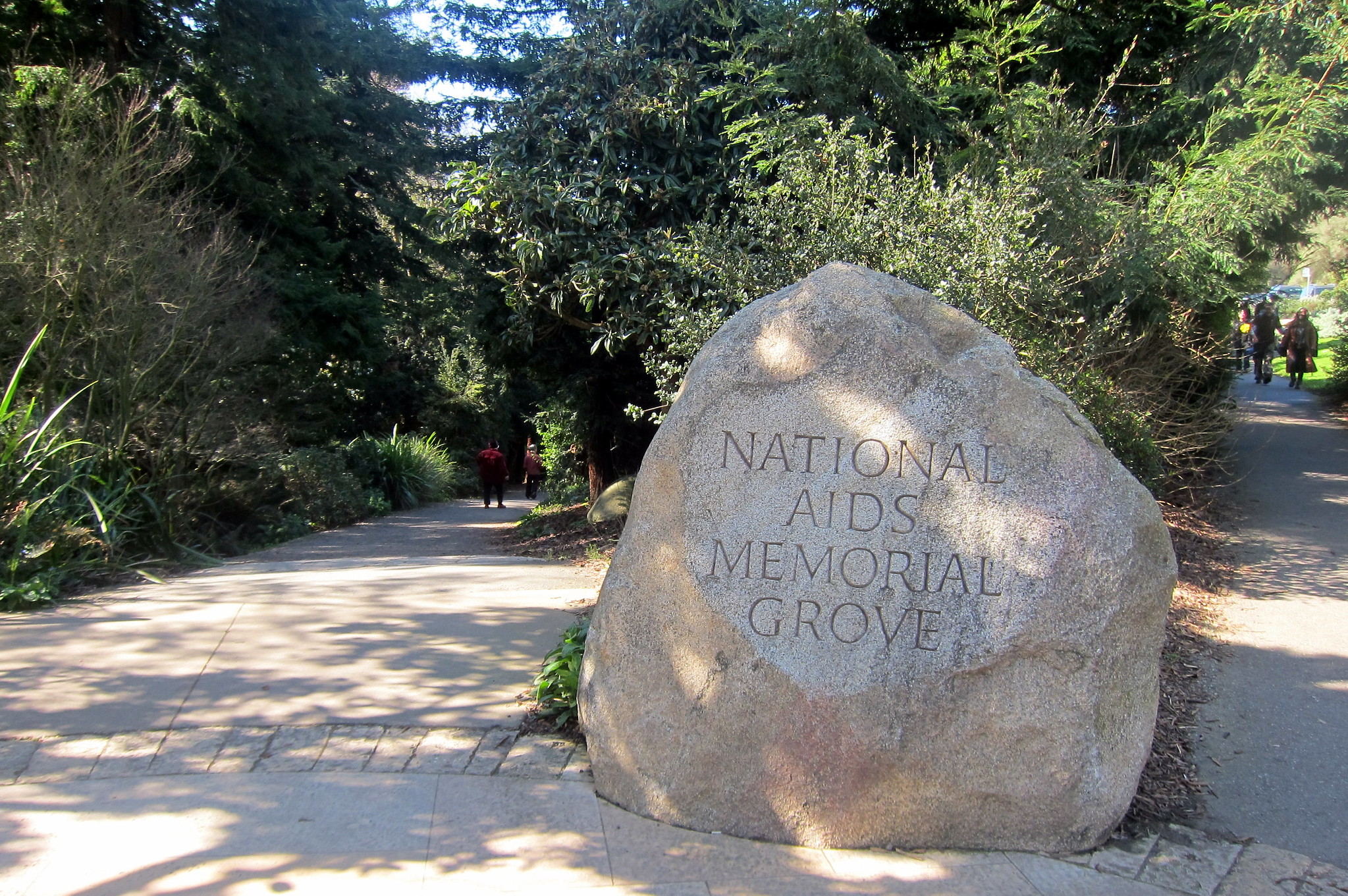 Whether you’re scouting free places to visit in San Francisco or wanting a more relaxed break from the city, this quiet spot in the Aquatic Park isn’t one to miss.

The famous Hyde St. Pier has a story to tell – both in the water and below ground! Over the many years, dozens of wooden ships have become buried beneath the earth as the city continually expanded with settlers.

Many of the old ships can still be found, deep beneath the streets, waiting to be uncovered any time someone wants to build a new subway. 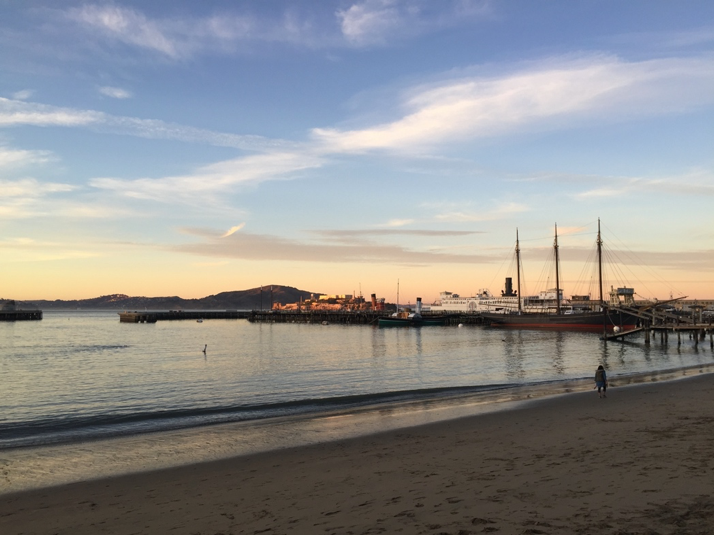 For any fans of classic theatre, this is Shakespeare in the Park like you’ve probably never seen it before. Despite its proximity to the busy city centre, Shakespeare Garden offers a nice quiet place in San Francisco to sit and relax. And yet, it’s one little-known by most tourists.

As the name suggests, the garden is dedicated to all things Shakespeare, with over 200 flowers and plants mentioned in the great playwright’s work.

Shakespeare himself had a noticeable influence on the US’s wildlife, being indirectly responsible for the now-invasive starling bird. In 1890, an American called Eugene Schiffelin imported over 60 of the species to the country after reading of them in Shakespeare’s work. A century later, over 200 million starlings now swarm the skies, driving some native species to the verge of extinction! 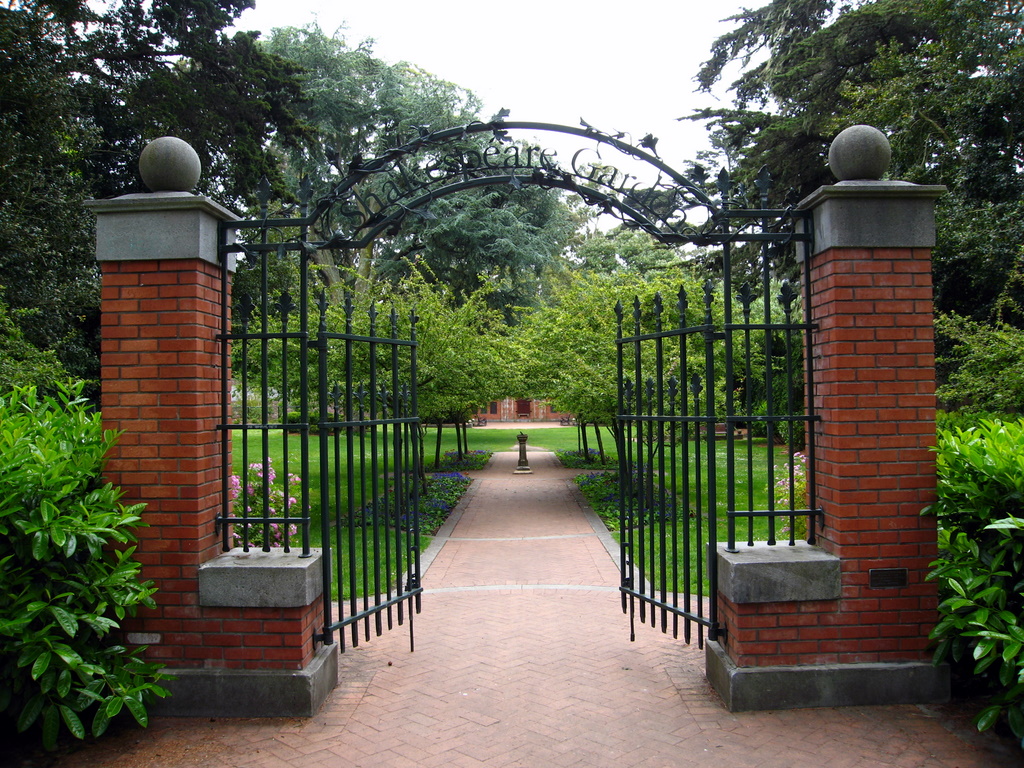 No matter how long your stay, a visit to Grant Avenue is an absolute must for anyone looking for free places to visit in San Francisco. The magnificent Dragon Gate marks the entrance to the city’s Chinatown district – the largest outside of Asia!

The area has a lot to offer and many stories to tell. First established in 1848 during the California goldrush, over 20,000 men from China settled here looking for a better future. That explains why it’s the second densest neighbourhood in the US! 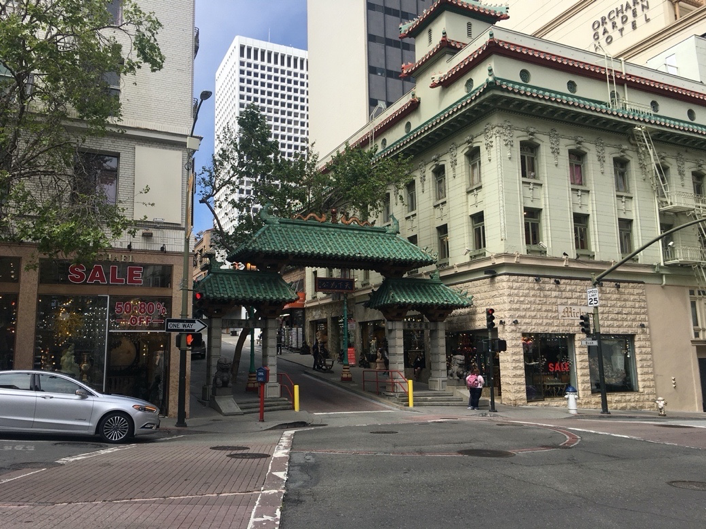 Situated right in the heart of the Castro District, this theatre offers the perfect slice of culture in this iconic LGBTQIA+ town. With a timeless retro style, this building is undoubtedly one of the most beautiful places to visit in San Francisco.

Being one of the few remaining 1920s movies palaces still in operation across the US, the Castro Theatre regularly plays an array of movies (new and old), festivals and concerts to an audience of 1,400 people!

Forever a symbol of the town, the Castro Theatre even made an appearance in the 2008 biopic ‘Milk’, which follows the tale of politician Harvey Milk who lived and fought for the district in the 70s. 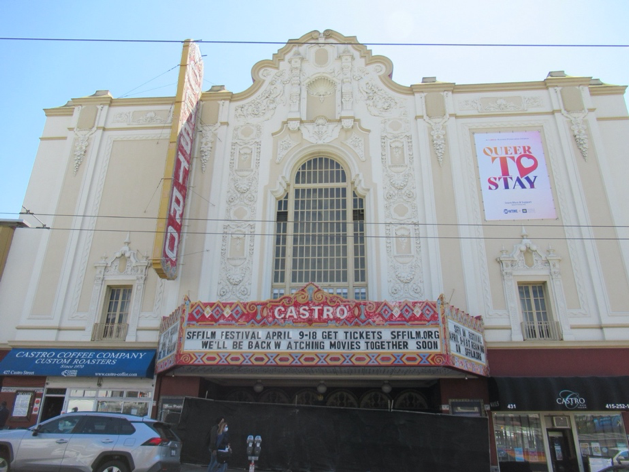 For anyone looking for quiet places in San Francisco, the Japanese Tea Garden offers the perfect tranquil escape. With a history dating back to 1894, this garden is the creation of a Japanese man named Makoto Hagiwara, who tended the garden with his family for many years.

In the midst of WWII, the family was moved to an internment camp and the garden stripped of its Japanese relics. After the family was prohibited from returning for many years, the city sought redemption for them, eventually reinstating the garden as it was and renaming the street after Mr. Hagiwara.

Now restored to its original state, the garden is a perfect opportunity to appreciate authentic Japanese beauty in the US. 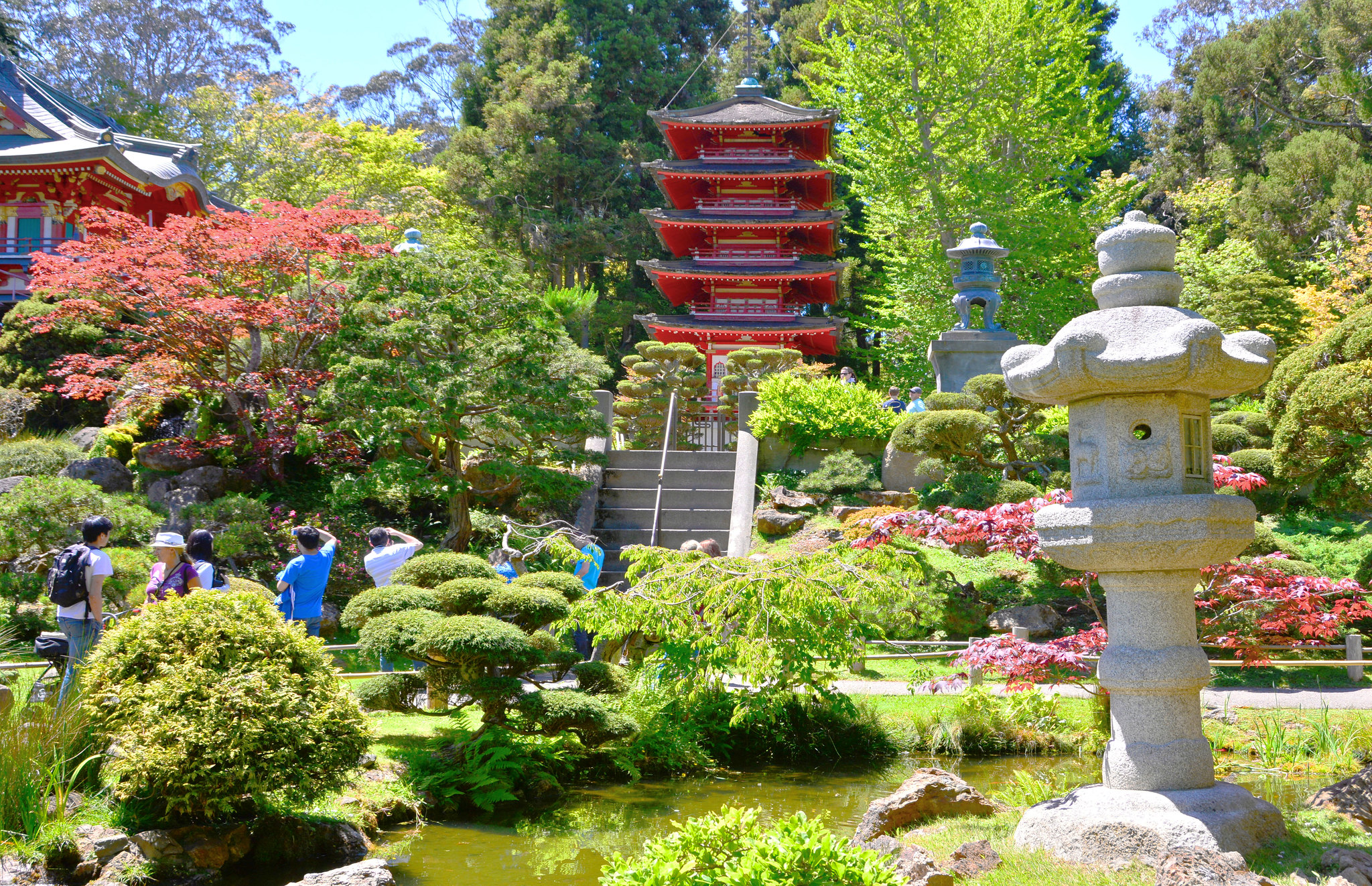 When it comes to beautiful places to visit in San Francisco, Mission Dolores Park is a hard one to beat. With an unobstructed view of the city below, the park offers almost 16 acres of space to lounge the day away.

Located within the Castro District, the park is a hotspot for the LGBTQIA+ community, making it one of the best places to experience one of the city’s most culturally diverse neighbourhoods.

Fun fact: the park served as a refugee camp for over 1,600 residents made homeless by the earthquake and fire of 1906! 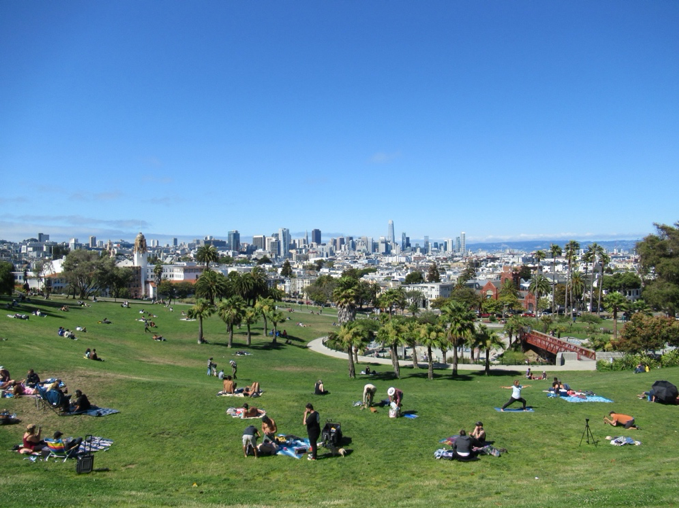 Find somewhere you like? Visit these locations – and many more like them – on one of our San Francisco walking tours. Wander the streets at your own pace, uncover hidden gems and discover many beautiful places to visit in San Francisco!