A Guide to Paris: when to go, what to do

With a history stretching back over 2,000 years, there are plenty of things to do in Paris no matter what your interests are. The choices can be a little overwhelming at first, so we’ve put together a handy list of things to consider before your trip. This should help you on your way to discovering one of the most beautiful cities in the world.

Explore Paris on a walking tour

When we say walking tours are the best way to experience a new city, we’re not kidding around. Players get a chance to get lost in a city, explore some iconic landmarks and even get to experience life as a local.

And that’s not to mention the best part of a Questo Paris tour: all you need is your smartphone (though it doesn’t hurt to bring a few friends along). You’ll get to explore the city streets at your own pace as you follow clues, complete challenges and experience some of the most exciting things to do in Paris. 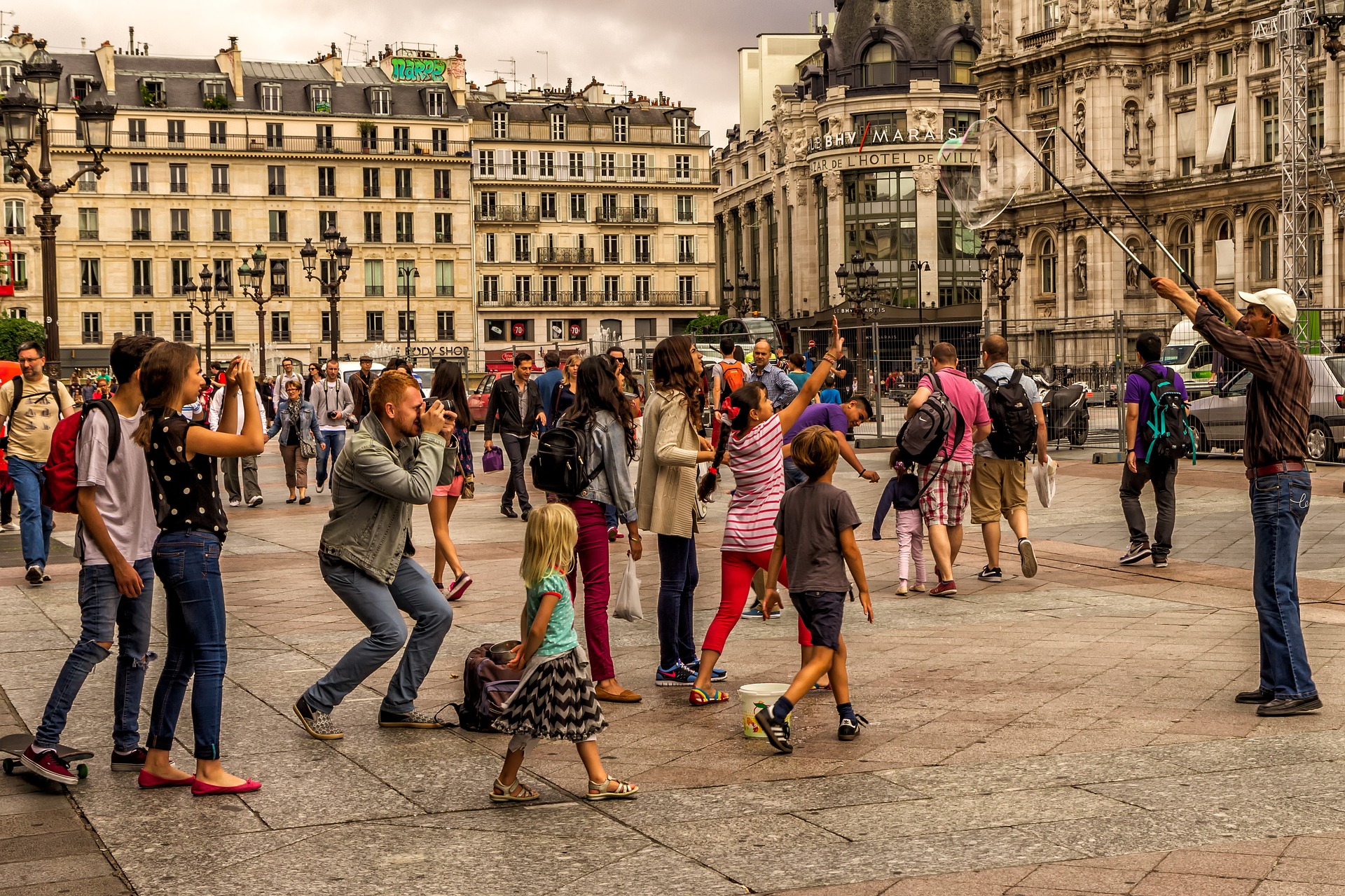 This architectural gem was inspired by the Roman tradition of building grand arches to celebrate conquests and is one of Napoleon’s many elaborate displays of his military victories. In recent years, it has since become a player favourite Paris attraction and is one of the most beautiful places to visit in Paris.

The arch is now all that remains of the Tuileries Palace complex after a fire destroyed everything else in the late 1800s. That explains why it might seem a little randomly placed. 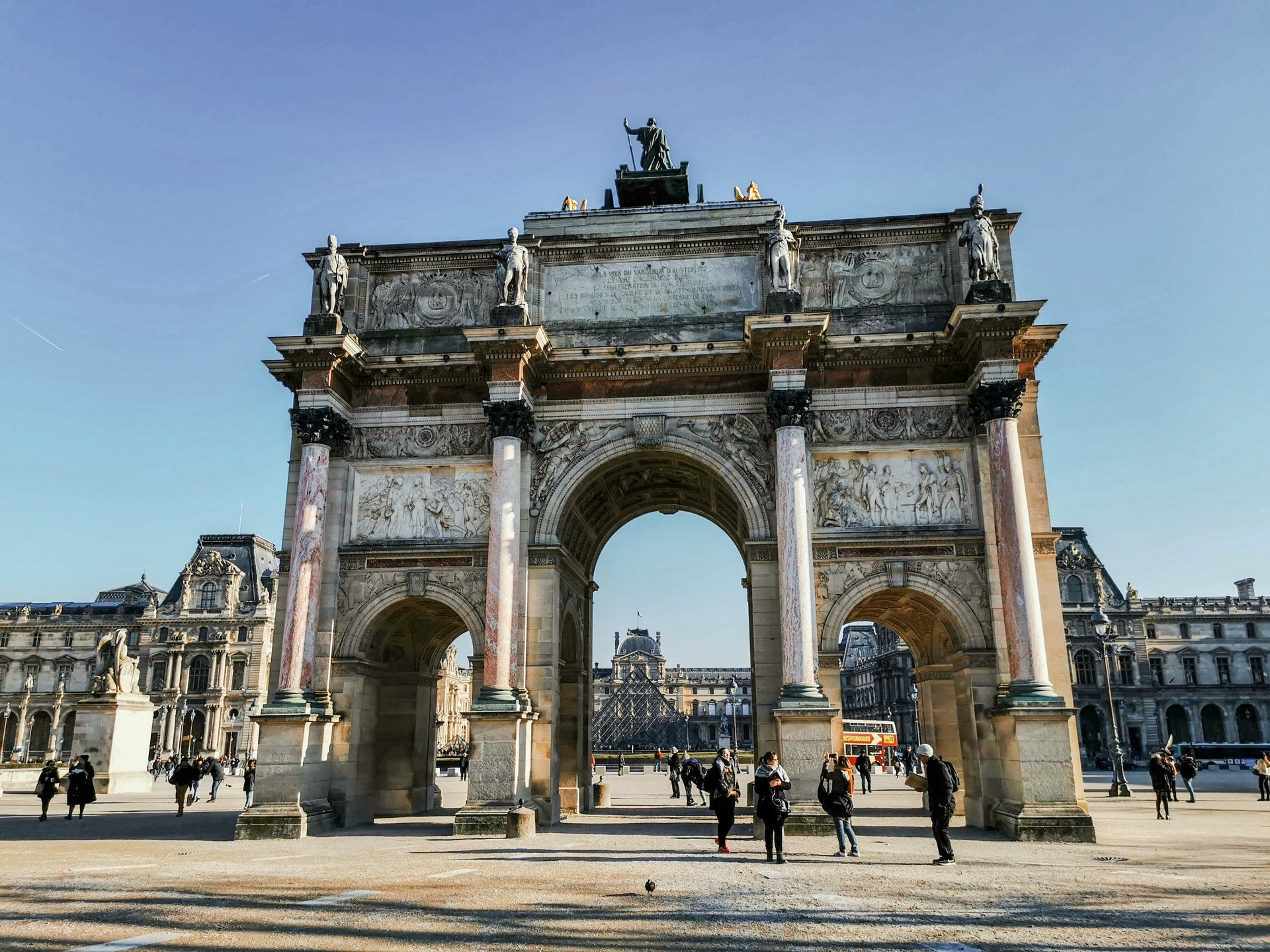 When it comes to the most beautiful places to visit in Paris, the Louvre will always be placed near the top. Not only is it the most-visited museum in the world, but also the largest! Across the entire building complex, the museum houses an estimated 380,000 pieces of art. Despite this, only about 35,000 are on display for the public. Here’s some maths for you: if you spent just 30 seconds with each piece, it would take over 100 days to view them all.

This iconic landmark was built originally as a medieval fortress and is an impressive 800 years old. It has served many purposes over the years – including being a residence of French royalty – before eventually becoming the museum it is today. 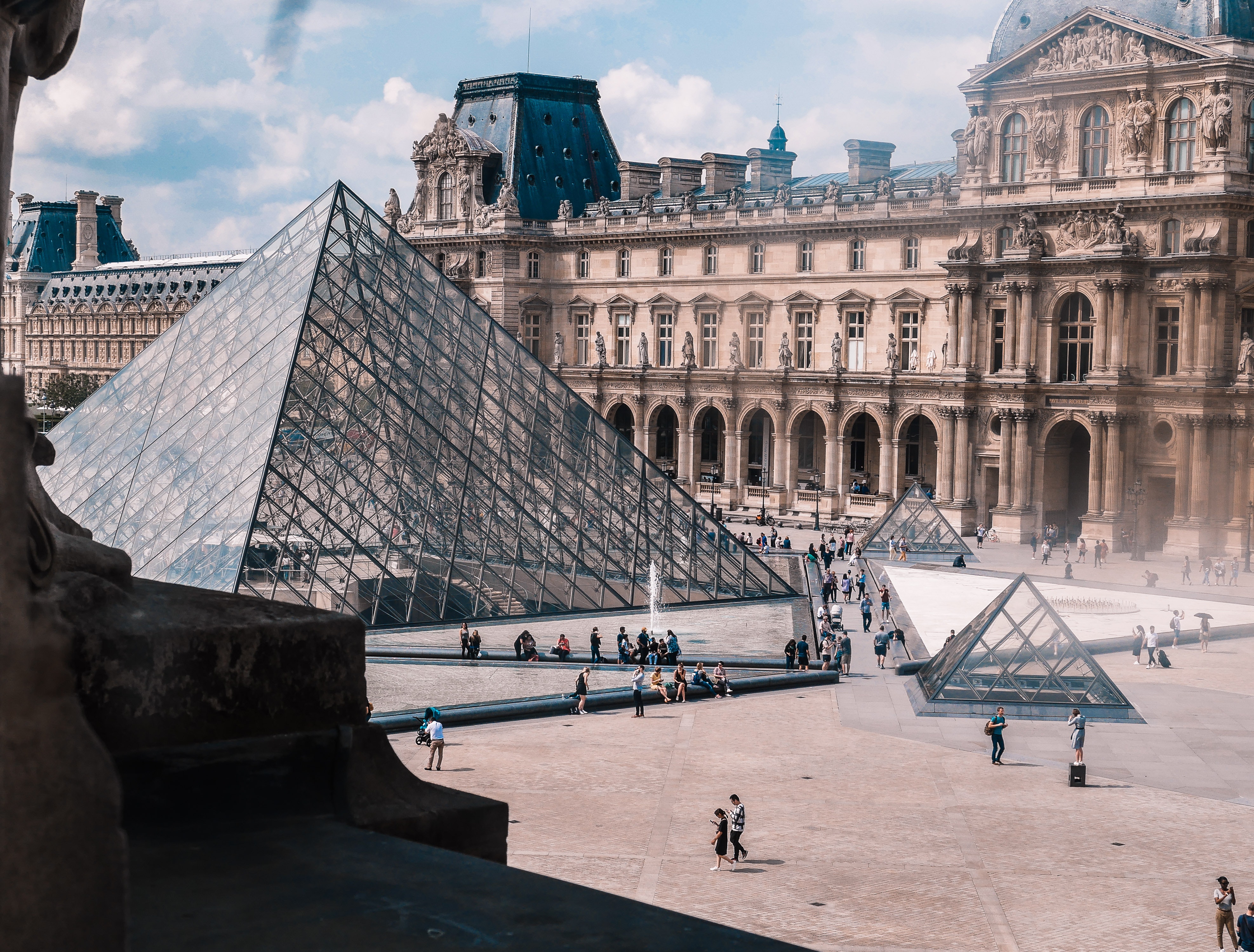 If you’re searching for great things to do in Paris, the Moulin Rouge offers the perfect blend of history and culture to entice any visitor. There’s something about seeing the city under the dazzling lights of theatre that shouldn’t be missed.

Famous for inventing the iconic dance, the ‘Can-Can', this beautiful building has been the heart of Paris’ theatre life since its establishment in 1889. Since then, the list of people who have performed under its roof reads like a who’s who of the theatre world. 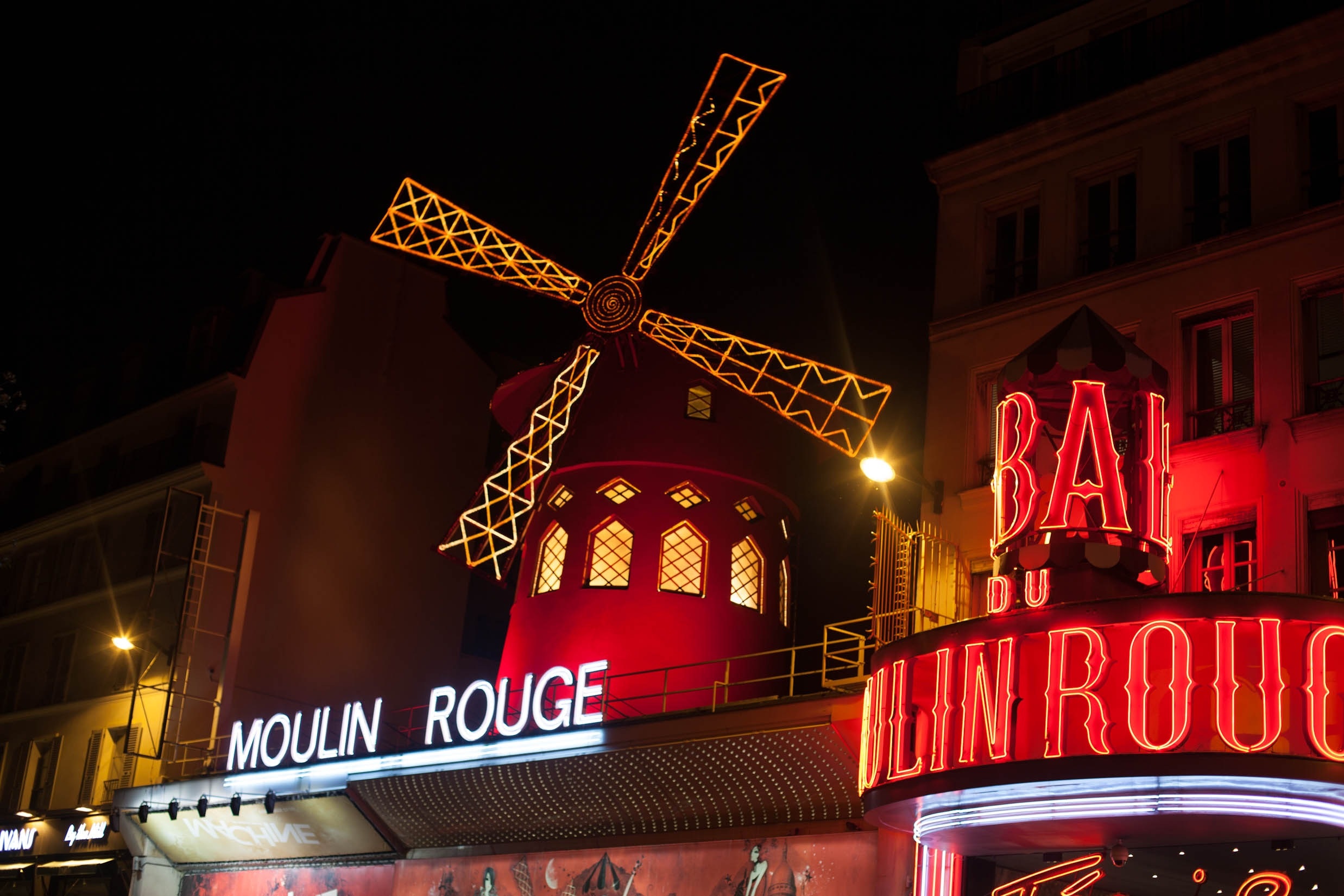 Not only is the Eiffel Tower the ultimate romantic place to visit in Paris, but it is one of the most recognisable landmarks in the world.

Whether you plan to take advantage of the Paris sightseeing opportunities from the top viewing platform or explore on a walking tour at its feet, the Eiffel Tower should be at the top of everyone’s bucket list.

There’s a way you can make the trip even more special: visit after dark! With 20,000 gold lights that come on every hour, this iconic landmark truly comes alive after the sun goes down. 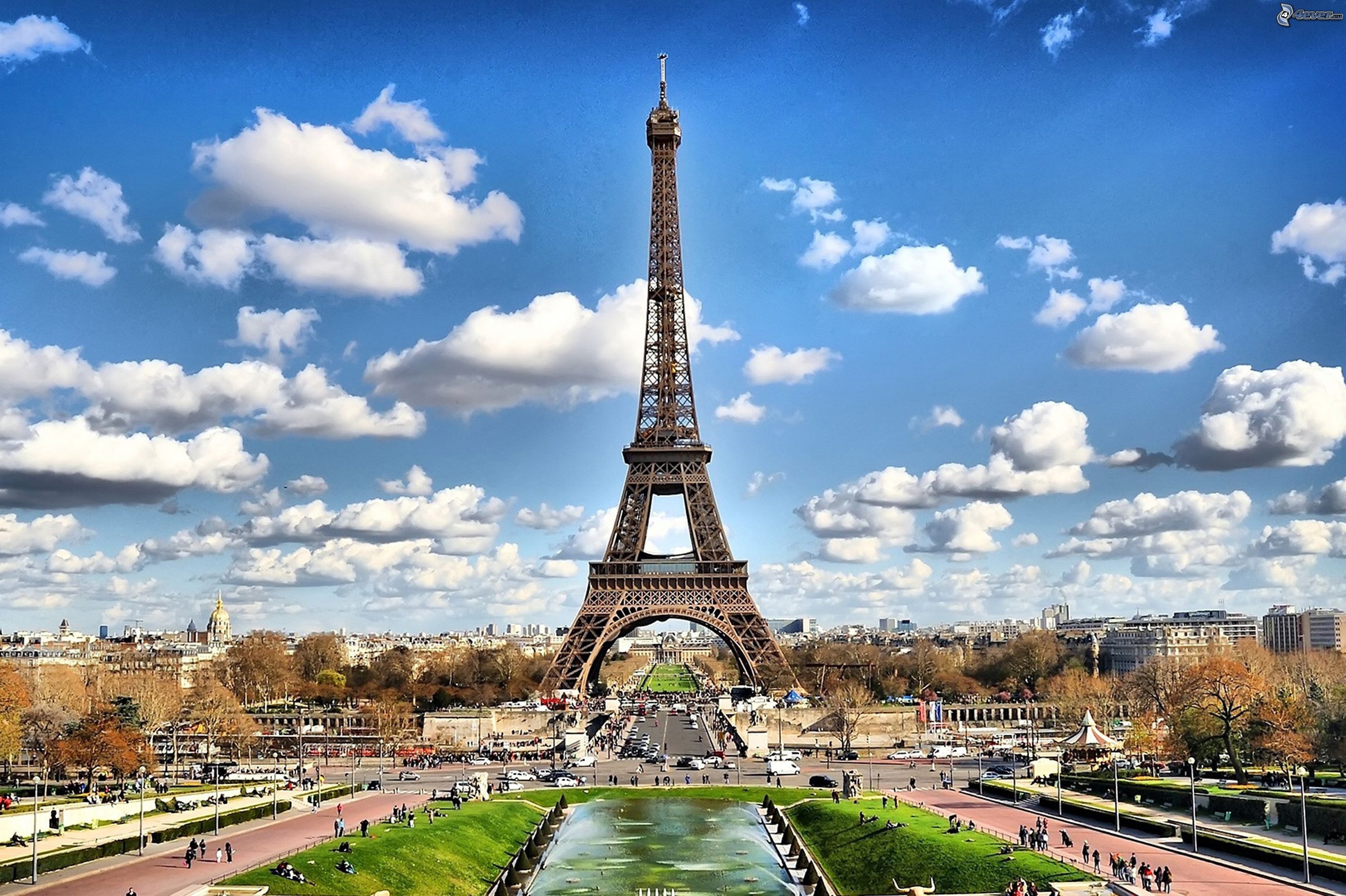 The banks of the Seine River

When it comes to great things to do in Paris, a journey along the Seine River has to be up there with the best. Whether you’re travelling by river cruise or are out on a walking Paris tour, you’ll be treated to unobstructed views of some of the city’s most recognisable landmarks, from the Eiffel Tower to Notre-Dame Cathedral.

If you want to make the trip even more special, go during the golden hour. Just when you thought the city couldn’t get any more beautiful, wait until you witness the Parisian skyline at sunset. 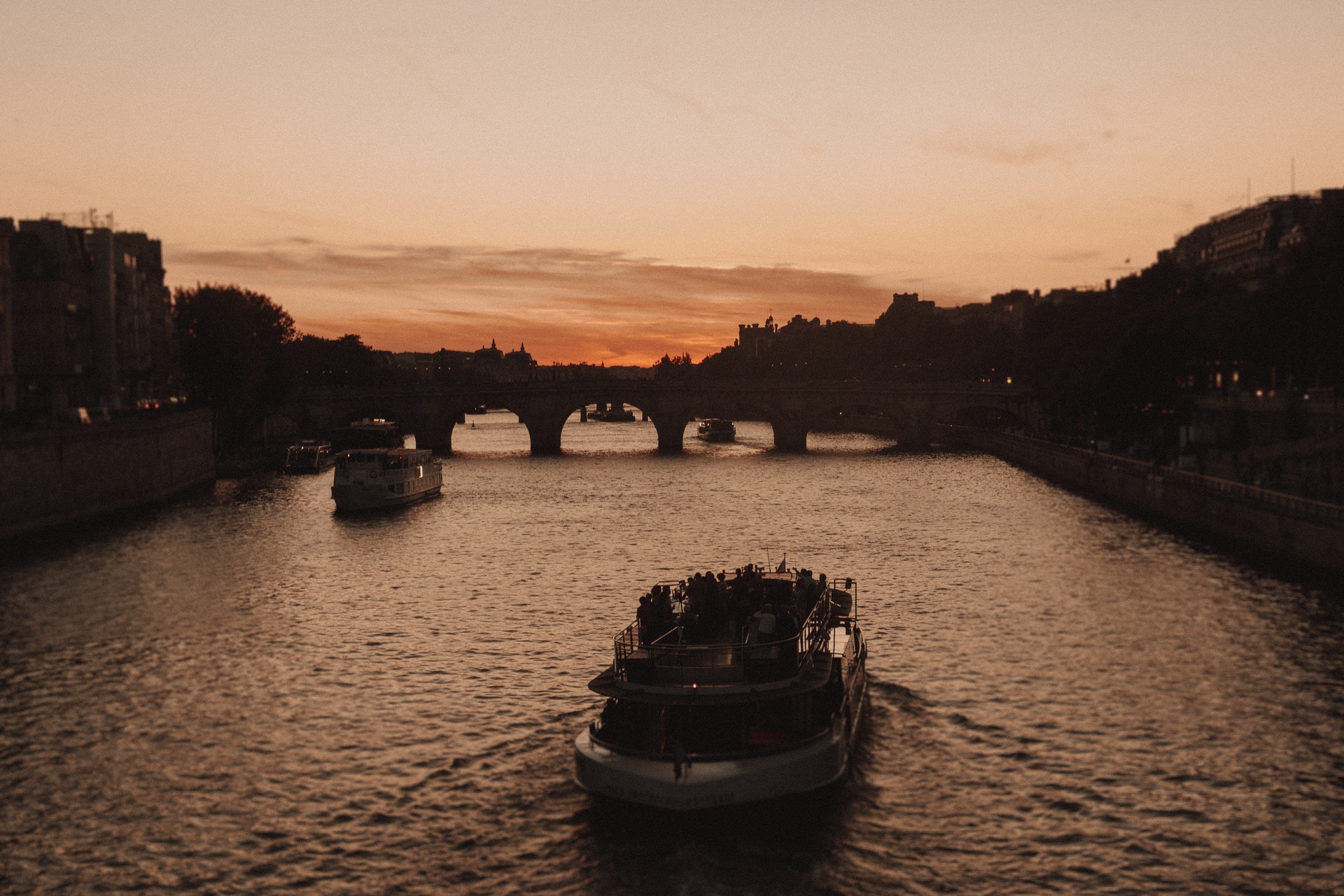 For any fans of the supernatural, we’ve got the perfect Paris attraction for you: the French catacombs. This name refers to the hundreds of kilometres worth of tunnels that run deep beneath the city, descending into areas uncharted.

Amongst their many uses over the years, these tunnels have served as the resting ground for thousands of Parisians, with walls stacked high with human skulls. Anyone brave enough to chance a walking tour of its depths will get an eerie reminder of the city’s history and some goosebumps to boot.

If you’re looking for thrilling things to do in Paris, be sure to check out our haunted Paris tour. 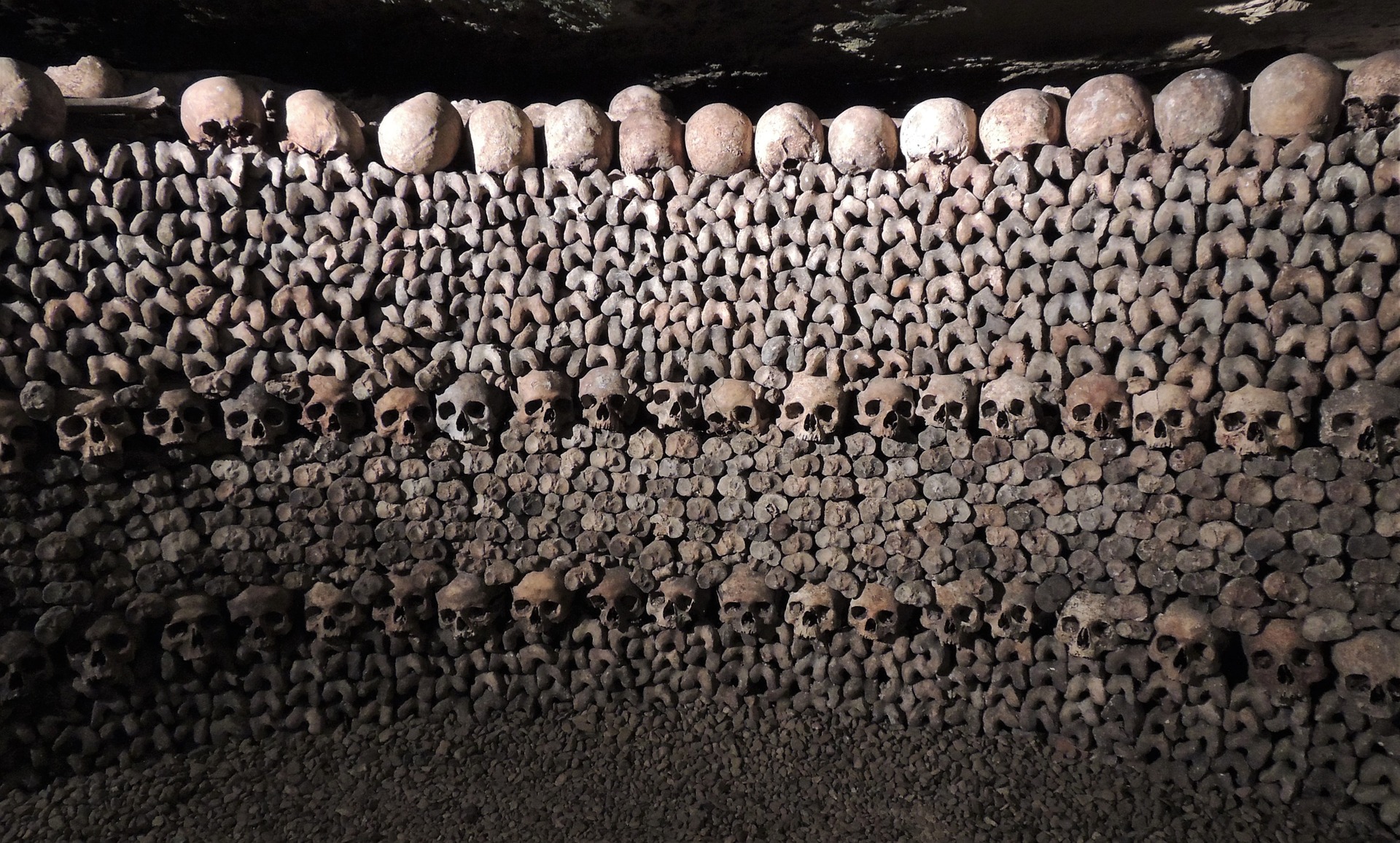 If you don’t mind the one-hour journey out of the city, a visit to the Palace of Versailles is one of the best things to do in Paris. This incredible palace has a rich history and is widely considered the epitome of grandeur. This is hardly surprising given it was once home to Marie Antoinette herself during the late 18th century.

Arguably just as beautiful is the palace garden. Covering nearly 2,000 acres, the garden of Versailles is one of the largest in the world, offering visitors countless quiet corners to relax and appreciate nature. Perfect if you’re looking for quiet things to do in Paris. 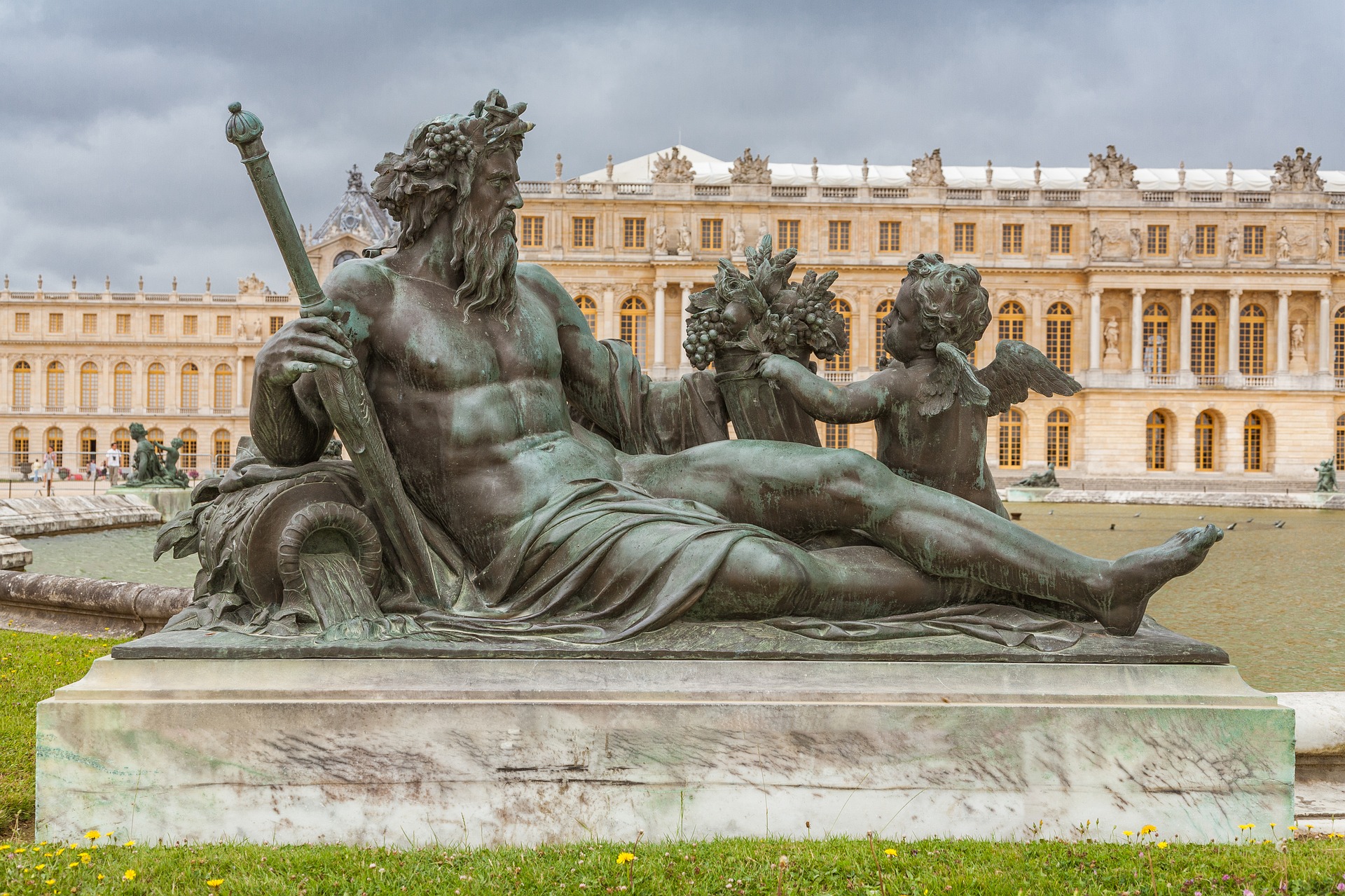 The best time to visit Paris might differ depending on who you ask – and what it is you want to get out of your trip. Due to its proximity to the Atlantic Ocean, Paris has a relatively temperate climate with no real extremes.

If you prefer to avoid crowds, consider travelling between either May–early June or September–October. The weather is warm during these months without reaching peak temperatures.

The city doesn’t usually get much sunshine throughout the winter months, though the temperature itself is moderate and rarely uncomfortably cold.

This is arguably the best time for your trip to Paris. After months of winter hibernation, the entire city seems to come alive as the streets warm up.

When: 21 March–20 June
Average temperature: 7ºC in early Spring; then 14–23ºC by June
Pro: Cheaper than most other months
Con: It can get very busy towards the end of Spring

Between the long sunny days and a calendar full of public events, it should be no surprise that summer is the most popular time to visit Paris.

If you don’t mind wilder days and slightly colder nights, Autumn is a great time to visit Paris. There’s still plenty to do, including the annual Days of Heritage, so be sure to check beforehand for lists of events.

When: 21 September–20 December
Average temperature: 12–21ºC at the start; then 5–10ºC by mid-December
Pro: Cheaper and generally less busy
Con: Some seasonal tourist attractions are closed (though walking Paris tours are always available!)

Paris is a welcoming and vibrant city no matter the time of year, but there are some days when it really comes alive. If you’re planning a trip to Paris, it helps to know your way around the French calendar so you can properly plan your day-to-day itinerary.

Whichever way you wish to spend this holiday, Paris is sure to be an unforgettable experience as you bring in the New Year. Across the city, many visitors spend the last night of the year at cafés and restaurants organising special celebrations. Meanwhile, places like the Eiffel Tower and the Champs-Elysées are flooded with people as the clock strikes midnight, ready to exchange messages of love and good health.

On the first Sunday of the New Year, bakeries all over the city sell what are known as ‘galettes’: a type of flat almond pastry. But there’s a trick to it: a small figurine called a “fève” is baked into the pastry, with the person who finds the figurine being crowned king or queen.

It’s hard to imagine a more perfect place to spend Valentine’s Day than in the City of Love itself. With so many famous romantic spots across the city, Paris is the ultimate destination for loved-up couples looking for a quiet getaway. From Le Marais to the Montmartre neighbourhood, Paris really shines during this holiday.

Also known as Shrove Tuesday, this national holiday is a day for fancy dress parties and masked balls. Despite being a Catholic holiday, the day coincides with the Paris Carnival, an event taking place over some weeks involving parades, feasting, festivals and a host of entertainments.

If you’re looking for great things to do in Paris, be sure to plan a trip during this time.

For anyone with a sweet tooth, Easter is the time to visit Paris. During this Christian holiday period, shop windows across Paris are filled with mouth-watering assortments of treats like chocolate eggs.

One for music lovers, this national holiday is celebrated with dozens of free concerts throughout the city. Whether you prefer classical music, rock or techno, there will be something for you to enjoy as every street corner around Paris is filled with the sounds of music.

The holiday has been held annually since 1982, always on the longest day of the year. As the streets and parks are filled with music, locals and tourists alike are invited to join in and dance, making Fête de la Musique one of the most magical Paris attractions.

Celebrated across the country, Bastille Day commemorates the start of the French Revolution on 14 July 1789. For many years since, the holiday has been a day to celebrate French culture. The highlight Paris attraction is the military parade on the Champs-Elysées. The event, which is led by the French president, draws huge crowds every year.

But if this doesn’t interest you, there’s plenty more to experience. Across the city (and all over France), visitors can enjoy spectacular firework displays, communal meals, dances, and a host of other events.

For any culture seekers, this weekend offers visitors a unique opportunity to experience a side of Paris – completely free! During the third weekend in September, many private and official buildings in Paris (and across the country) open their doors to the public for walking tours. Discover the many treasures of the French capital as you wander around its parks, gardens, historic buildings and archaeological sites without having it breaking the bank.

Paris at Christmas is truly a magical experience. Any visitors who happen to be in the city during this family holiday will be in for a treat. As they explore the city on a walking tour, they’ll pass by ice rinks, Christmas markets, and decorated displays in shop windows. Come night-time, the city awakens with midnight masses and lights that run all along the main avenues.

Like the look of something? Visit these locations – and many more like them – on one of our city walking tours. Wander the streets at your own pace, uncover hidden gems and discover many places to visit in Paris!